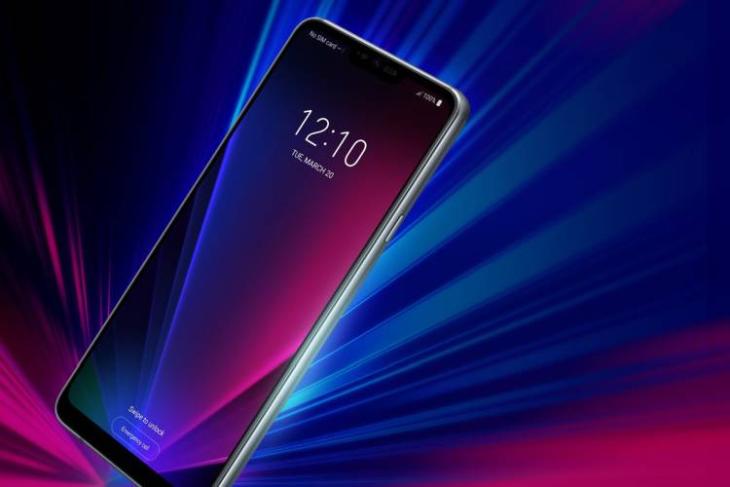 LG’s upcoming G-series flagship, the LG G7 ThinQ, has been stuck in the production hell for quite long. First, there were reports that the chief of LG’s mobile division had ordered the G7 to be redesigned from scratch, and then came the leaked images and rumors that LG too will adopt the dreaded notch on the upcoming flagship device.

A few days ago, LG confirmed that the G7 ThinQ will be launched on May 2 in New York, but before the unveiling could happen at a flashy press event, we might have our first look at the leaked promotional banner of the upcoming smartphone.

The LG G7 ThinQ’s latest leaked image comes courtesy of Evan Blass, which is an assurance in itself that the promotional photo could be the real deal.

The image shows the LG G7 ThinQ’s sleek build with a metallic frame running alongside the edges, thin bezels and of course, the notch. Although the device looks quite appealing, it still has the so-called chin, which Android manufacturers have not been able to work around, unlike Apple, which uses a flexible connector.

What We Know So Far

A previous leak of the LG G7 ThinQ (model No.: LG-G710) revealed that the device will come with a 6.1-inch display of the M+ LCD type. The latter is claimed to be brighter and approximately 40% more power efficient than traditional LCD panels.

Another report emerging out of Korea revealed that the LG G7 ThinQ will come in two variants, one with an LCD display and the other one packing an OLED panel, however, both the versions are expected to pack similar hardware and feature the same design. 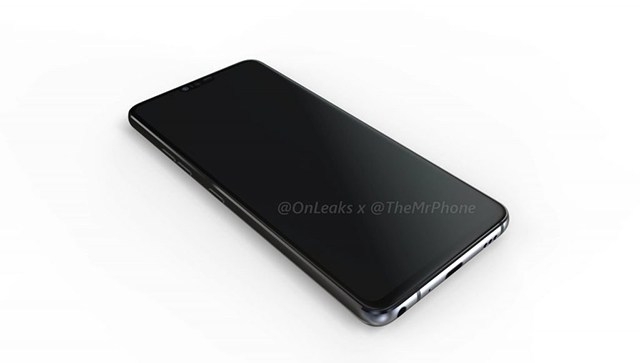 Moreover, the flagship device is expected to come with LG’s own virtual assistant onboard that will be activated by pressing the dedicated button, much like the Bixby button on Samsung’s flagships.

Other reports claim that the LG G7 ThinQ will come equipped with the Qualcomm Snapdragon 845 processor, ticking alongside 4GB of RAM and 64GB of internal storage, but do keep in mind that these are all early reports emerging out of rumorland, so the official specifications of the device may vary upon its launch.