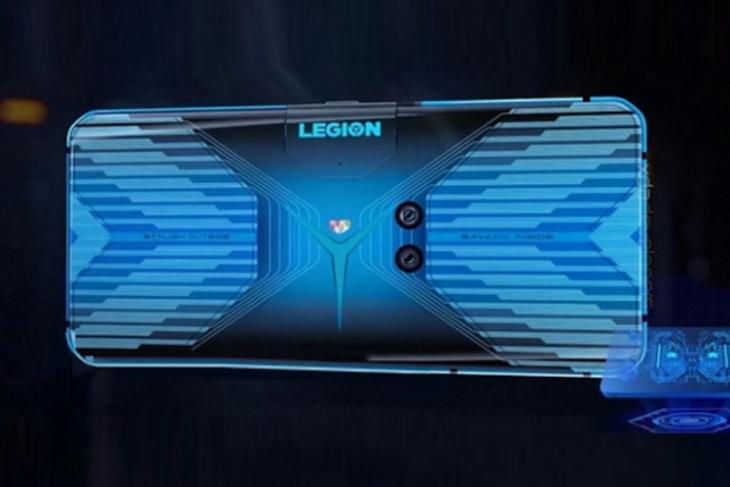 What is better than one souped-up gaming phone? Two gaming phones. Yeah, Asus is already scheduled to launch the ROG Phone 3 globally on 22nd July. Lenovo has today decided to rain on ROG Phone 3’s parade by announcing that it’s first Legion-branded gaming phone will launch on the same day.

Lenovo had earlier revealed that the Legion gaming phone will arrive in July but had not shared a concrete date. Now, Lenovo has taken to Weibo to officially confirm that the Legion phone launches on July 22. The company has also confirmed that the device will come equipped with the Snapdragon 865+ chipset – the same as the ROG Phone 3.

Snapdragon 865+ was announced just recently and brings a slightly overclocked CPU and GPU, both of which get 10% boost. The chipset supports 144Hz display, Bluetooth 5.2, and WiFi 6E via the new FastConnect 6900 suite.

The Legion Phone will be the first smartphone to come with Snapdragon 865+ in the company’s portfolio. A recent AnTuTu benchmark listing for the phone revealed that the chipset will be coupled with up to 16GB of RAM and up to 512GB of built-in UFS 3.1 storage. Legion Phone gets a total score of 648,871 points.

The design of the Legion Phone surfaced online a couple-odd months ago, sporting a 20MP pop-up selfie camera on the front and a dual-cameras on the rear. It will include a 64MP primary camera and a 16MP secondary camera. The unique thing here, as you can see in the image above, is that the pop-up camera will be placed on the edge instead of the top. The dual rear-cameras will also be placed at the center.

The Legion Phone is also rumored to include a 144Hz display, just like the ROG Phone 3 that’s launching on the same day. It is also said to boast a massive 5,000mAh battery and 90W super fast-charging. So, which gaming phone launch are you most excited about?