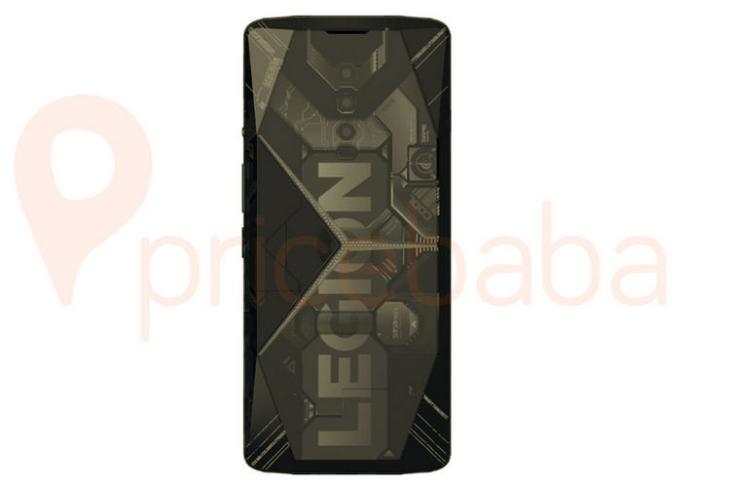 Lenovo revealed its plans to enter the smartphone gaming segment under its Legion brand last December and confirmed the presence of Snapdragon 865 chipset in its first phone last month. Pricebaba has now spotted the renders of the device on China’s patent website China National Intellectual Property Administration (CNIPA).

The images extracted from the patents show the handset in all the possible angles. Notably, we see two color variants in the images – Grey and Red. The front appears to be tall with a selfie camera accommodated in the top bezel. The power button and volume controls are equipped on the right side of the handset along with an alert slider and an additional button that could possibly be for additional controls in gaming whereas there is an additional USB-C port on the left.

Moving our attention to the rear, we see a transparent back panel on both color variants along with the Lenovo Legion logo, which could possibly be lit with LEDs. You will see the word “Cool”, which is an obvious reference to the cooling solution used in the phone.

The bottom portion equips a USB-C port, a single speaker, and the SIM tray. Unfortunately, a headphone jack appears to be missing on the device. The renders also reveal that the handset will feature a 5,050 mAh battery. Lenovo has already confirmed that the handset will support 55W fast charging.

In terms of optics, we see a triple rear camera setup on the Legion phone. Speaking of the cameras, the camera setup looks slightly different from the recent images that got leaked on Weibo. That image featured dual cameras aligned at the center of the device’s rear, as you can see below.

It is highly possible these images belong to an early prototype of the handset, especially by seeing the Qualcomm Snapdragon 855 branding instead of Snapdragon 865 as confirmed by the company. We will have to wait until Lenovo’s official announcement to see the finalized design of the phone.