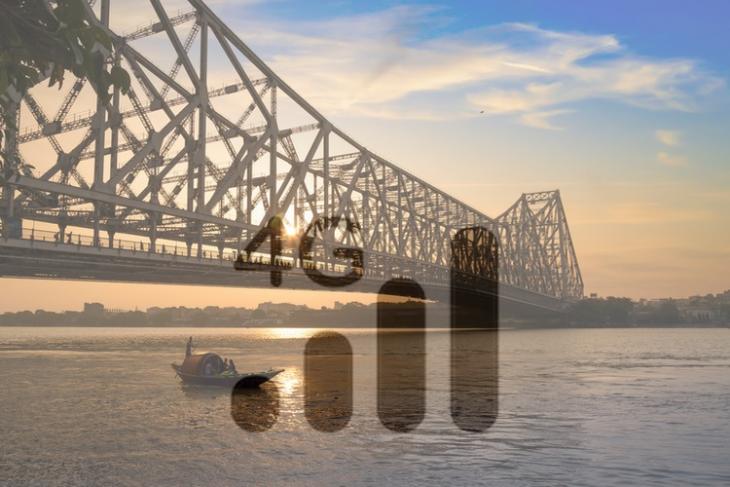 As 4G penetration increases in India, Kolkata has emerged as the top city with a 4G availability score of an impressive over 90 percent, London-based wireless coverage mapping company OpenSignal said today.

Kolkata topped the list of 22 telecom circles in the country. However, the other 21 circles saw 4G (LTE) reach scores over 80 percent, including top circles like Punjab with 89.8 percent, Bihar on 89.2 percent, Madhya Pradesh with 89.1 percent, and Orissa on 89 percent. 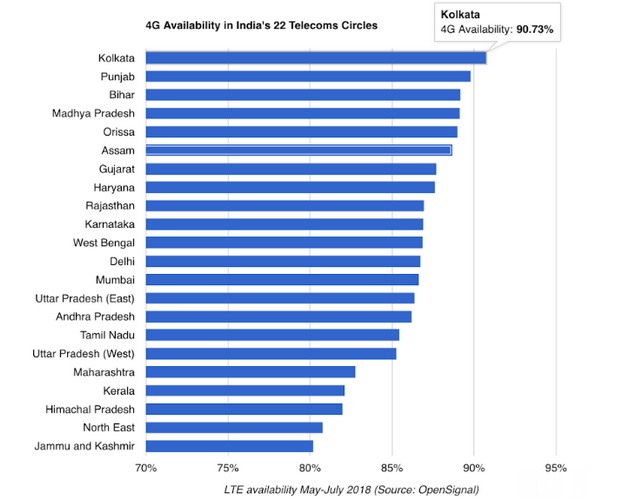 According to OpenSignal’s latest 4G availability metrics, the results reflect the outstanding availability growth in India — quite remarkable for a country which has only had 4G since 2012. “We analyzed our data for 4G availability across all of India’s 22 telecoms circles in the 90 days from the start of May 2018, and found Kolkata came top with a hugely impressive score of 90.7 percent,” OpenSignal said in a statement.

Many of the top telecoms circles for 4G availability were in the East and North of the country, reflecting a similar trend in OpenSignal’s analysis of LTE reach in India’s cities six months ago. In its April survey, Patna had beaten Bengaluru, Delhi and Mumbai to top the 4G availability metric that measures where users get access to an LTE connection most of the time.

Mumbai had ranked 15th while Delhi grabbed the 17th spot in 4G availability in India’s 20 largest cities. This time, Delhi was 12th while Mumbai 13th on the 4G availability list. “The Indian government has just kicked off the process for a major spectrum auction in the country, which should allow the operators to make further improvements in these highly impressive 4G availability scores,” said OpenSignal.