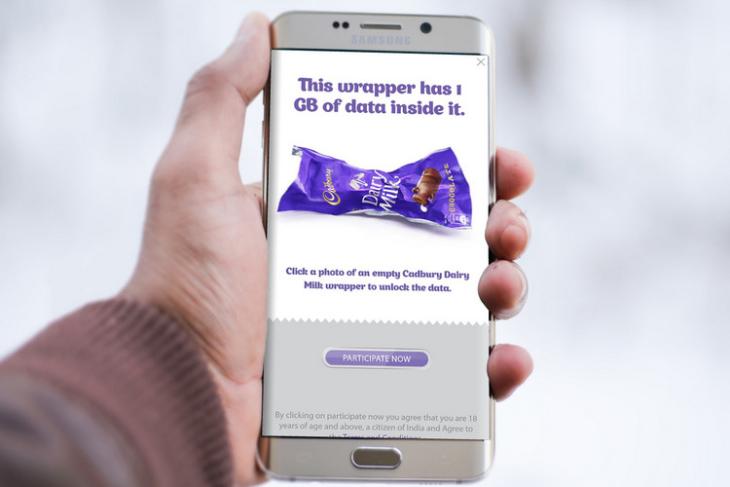 Reliance Jio not only offers the best plans for its subscribers when compared to its peers, but the company also keeps offering some cool deals and discounts over and above its regular plans. The company has now tied-up with Cadbury, and is offering 1GB of free data to all its customers through the MyJio app. 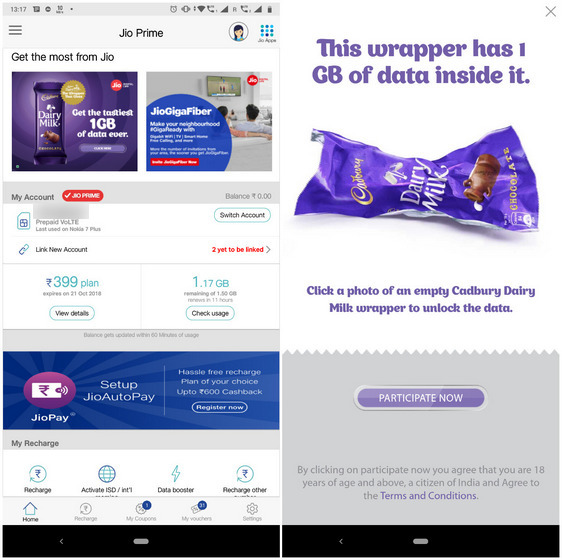 All one has to do to get the additional data is buy a Cadbury Dairy Milk chocolate (the offer is valid for most common Dairy Milk variants) and upload a picture of either the bar itself or even the empty wrapper by tapping on the ‘Participate Now’ button, as seen in the right screenshot above.

Once the data is unlocked, users can either keep it for themselves or donate it to an NGO called Pratham Foundation that provides education to disadvantaged children across the country.

Do note that the data may take some time before showing up in your account. While the company says it might take up to a week, most users are reporting a much shorter waiting period. Also, you can only unlock the additional data once from each number.

Since its launch two years ago, Reliance Jio has transformed the Indian telecom scene, which was plagued by high tariffs and inflexible plans. The carrier changed the game with innovative plans and unbeatable pricing, which has forced other companies to follow and pile on losses. The company has already grown massively over the past couple of years, and free data always helps keeps users happy.