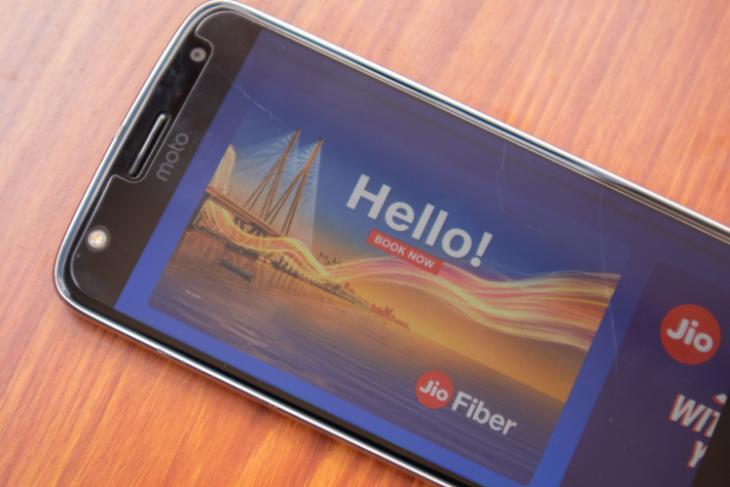 Having launched its Jio Fiber services earlier this year following a protracted period of testing in several cities, Reliance has now announced a slew of new top-up data vouchers for its wired braodband users. Priced between Rs. 101 and Rs. 4,001, the prepaid Jio Fiber vouchers come with data allocations of up to 2000GB, allowing users to buy additional high-speed data once they exhaust their allocated quota.

Believed to have been first reported by TelecomTalk on Wednesday, the new vouchers can be bought from the official Jio website or via the MyJio app, much the same way one buys vouchers for their mobile Jio connections. The service, which offers up to Gigabit speeds, have been in the news over the past several years, but unlike Jio’s mobile plans, hasn’t yet managed to take the market by storm because of the relatively less-lucrative pricing when compared to its biggest competitors.

Mukesh Ambani officially announced details about Jio Fiber at the Reliance Industries AGM in August. The base plan is priced at Rs. 699 and offers 100GB of data 100Mbps. Gigabit plans, however, are priced significantly higher, with the so-called ‘Platinum’ plan costing Rs. 3,999 for 2,500GB of data at 1Gbps. Users can also opt for the ‘Titanium’ plan that comes with 5,000GB of Gigabit data for Rs. 8,499 per month. You can check out all the Jio Fiber plans on the official Jio website.