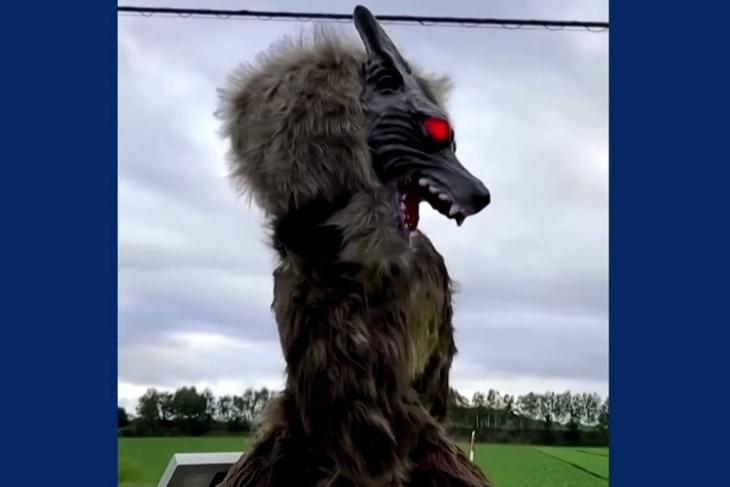 With all the latest advancements in robotics technology, we have seen various kinds of robots perform different human-tasks in society. Among others, Japan is one country that is making huge progress (literally!) in the said sector. Now, according to a recent report, the country is now using its knowledge in robotics to scare away bears in one of its cities.

Now, if you are unaware, black bear attacks in some of the rural cities of Japan have reportedly increased quite a lot in the last five years. Last year, the country reported that 157 of its citizens were attacked by bears. It has become a serious life-hazard for residents living in cities that are closer to forests.

So, in order to solve this bear attack-issue, the Japanese city of Takikawa, located on the northern island of Hokkaido, installed special wolf-robots in parts of the city where bears were sighted earlier. And since the installation of these scary-ass “Monster Wolf” robots, the officials reported that no bears have been spotted in the areas.

Now, coming to the creepy robotic wolf, it surely looks monstrous with that shaggy body, blond mane, and blood-red eyes. Developed by a man named Ohta Seiki, these robots are based on real wolves that roamed the northern and central islands of the country a century ago, before being hunted to extinction.

However, unlike the real ones, their robotic counterparts are mounted on a stand and have motion-detection sensors packed inside. So, whenever a bear comes in the proximity of these robo-wolves, the motion detectors go off.

As a result, the robots start to shake their heads with those red glowing eyes, and scary howling and other robotic sounds start to come out from their mouth area. They also come with night-vision cameras that capture the scene the entire time to enable users to check if the robot was able to scare away any bear or not.

According to city officials, bears have become more active in metropolitan areas in recent times. Conservationists think that the increased bear attacks are a result of a shortage of acorns in the Japanese forests. This shortage is increasing every year due to deforestation and the expansion of metropolitan areas.

So, if this continues, bear attacks are estimated to increase in the rural cities of the country in the future. And these horrifying robot wolves might become the country’s only way to scare away those big black bears in the coming days.