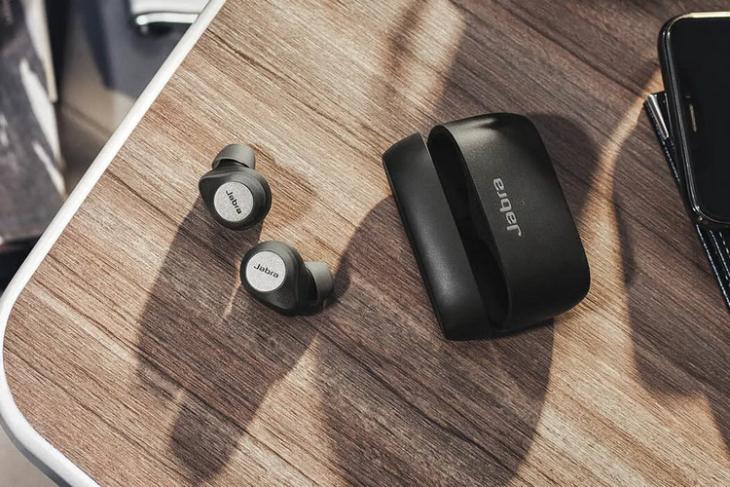 Danish audio equipment vendor, Jabra, has launched its flagship TWS (True Wireless) Earbuds in India. Called the Elite 85t, the device is an upgrade over the Elite 75t that was launched last year and, comes with active noise cancellation (ANC), multiple built-in microphones, massive speakers, and long battery life. The company hopes that these features will be able to lure people away from the Airpods Pro.

The Jabra Elite 85t earbuds come with what the company calls its ‘Advanced’ ANC technology that offers full sound control with an adjustable ANC slider. It also comes with 6 built-in microphones (three in each earbud) for crystal clear calls. The earbuds are compatible with Siri and Google Assistant. They come with 12mm speakers that the company claims to deliver crisp audio quality with strong bass.

The earbuds have dual chipsets – one each for ANC and sound processing. As for the batteries, the exact specs are not immediately available, but Jabra says they will be good enough for 5.5 hours of continuous playback on a single charge with ANC turned on. With the charging case (that also supports Qi wireless charging), the battery life will reportedly go up to 25 hours with ANC on and up to 31 hours with ANC off. The earbuds are also IPX4-rated, denoting resistance to water and dust.

The Jabra Elite 85t is available on Amazon India for Rs. 17,999 (~$244), making it one of the priciest offerings in its segment in the country. It is currently listed in a single Titanium Black color, but other options will be available from January 2021. You can learn more about the Elite 85t from the official Jabra website.