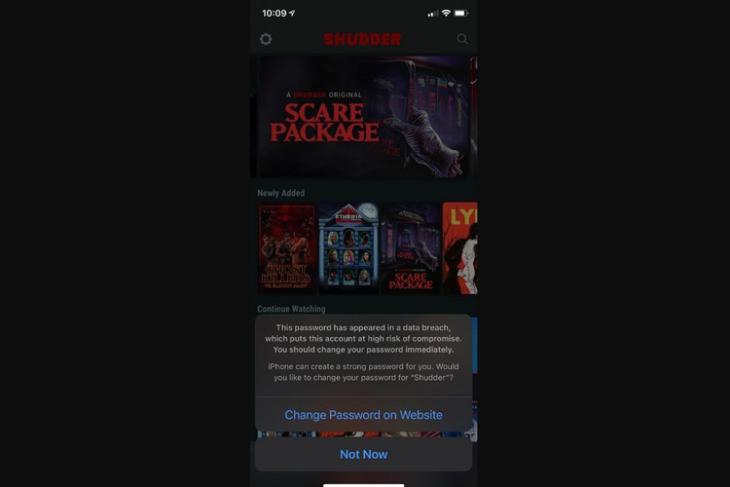 With the introduction of iOS 14 at the WWDC 2020, Apple hugely revamped the privacy game. The Cupertino tech giant added some pretty major privacy-focused changes to their OS that makes the Apple devices more secure than ever. Amongst the array of features, one of them will prompt you to change your password for a specific account if it detects a data breach on an app or website.

After the release of the first developer beta of iOS 14, many of those who are in Apple’s developer program got their hands on the software. Now, a Redditor has discovered a feature that gives you the option to change your account password in case of a potential data breach.

Redditor u/DuffRose shared a screenshot (below) on the r/iOSBeta subreddit showcasing the feature. Now, in the picture, we can see that the user got a password-change prompt when using the video-on-demand service, Shudder.

iOS 14 now prompts you to change your password if an app has experienced a data breach. [Developer beta 1] from iOSBeta

Now, in case of a data breach, sensitive information of a user gets exposed to an unsecured digital environment. In such a situation, the user’s information is in a high-risk position. Because of this situation, potential hackers get a chance to easily gain access to the user’s account.

However, with iOS 14’s focus on privacy, Apple is trying to address these issues and make smartphones safe again. Apart from this feature, there are many more privacy-focused features coming to Apple devices with iOS 14. These very features are to set industry standards in the smartphone market for upcoming smartphones.