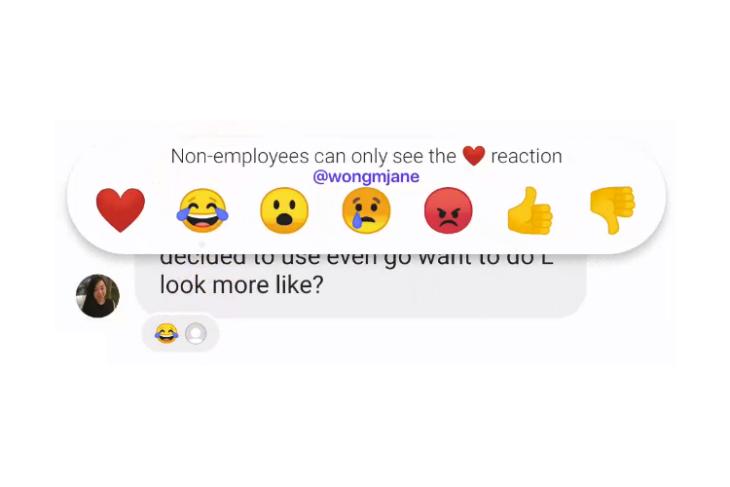 Twitter recently brought reactions in direct messages and now, it appears like Instagram is planning to bring a handful of reactions in DMs. Popular reverse engineer Jane Manchun Wong managed to make new DM reactions work in her profile, which gives us an early look at the feature.

Jane took to Twitter to share the feature. In the attached GIF, we can see a swarm of emojis flying above as soon as you react to a message. According to Jane, the feature is currently under internal testing and hence, non-employees can only see the regular heart reaction for now. Take a look at the tweet below.

Currently, “non-employees can only see the ❤️ reaction”

Facebook’s Tech Comms Manager @alexvoica confirmed this unreleased feature and this is “something they’ve been testing for a few days” pic.twitter.com/EzVWfA6Doo

In the tweet, she mentions that Facebook’s Tech Comms Manager Alexandru Voica has confirmed the existence of this unreleased feature. Voica said that they’ve been testing the feature for a few days.

In case you’re unaware, Instagram always had an option to double-tap to like a message which in turn shows a heart icon on the message. This update will bring more flexibility to the feature, making it similar to Facebook’s Messenger.

Unlike Twitter DM reactions, we see an angry reaction ???? in the GIF so that you can express your anger without being verbally rude. However, Twitter had an angry reaction as well when Jane reverse-engineered the feature back in October but it got omitted in the final rollout.

As Jane points out, Instagram has been working on DM reactions since late October 2019. We could expect the company to bring this feature to users in the upcoming months. I hope Instagram doesn’t follow the footsteps of Twitter to remove angry reaction emojis when they roll out the feature sometime in the future.

So, what are your thoughts on Instagram DM reactions? Tell us in the comments.