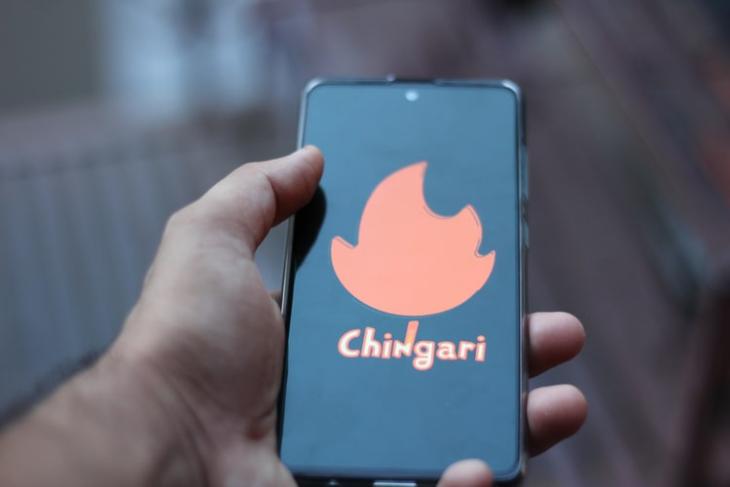 Following the ban of the uber-popular short-video app TikTok in India, we saw various similar apps and services show up in the digital market. One of the most popular ones was Chingari that garnered over 2.5 million downloads on Android and iOS after its release. Now, citing the popularity of NFTs (non-fungible tokens) and cryptocurrencies in the market, Chingari has announced an NFT marketplace and its first-ever crypto token called “$GARI” in India.

The Bengaluru-based company made the announcement in a recent event, where Bollywood actors Salman Khan and Vaani Kapoor were present alongside the company executives. Following the launch, Salman Khan took to Twitter to share the news about Chingari’s in-app GARI Token reward program and NFT Marketplace. You can check out the tweet right below.

Chingari recently completed a successful funding round of over $19 million from over 30 venture funds and individual investors. With these funds, the company aims to develop features focused on creator monetization and improve its GARI Token Marketplace.

Moreover, with a monthly active user-base of 50 million users, Chingari is looking to “transform the creator ecosystem of the Indian sub-continent by enabling creators to set up their e-commerce space that includes physical merchandise, NFT creations, and the ability for the fan community to fund their favourite artists,” as per Sumit Ghosh, the CEO and co-founder of the platform.

Furthermore, with Chingari’s NFT Marketplace, the platform will soon compete with Instagram’s Collectibles feature that was spotted by Alessandro Paluzzi earlier this year. So, it will be interesting to see which NFT marketplace gains more popularity amongst users over the coming days.

Starbucks Will Launch Its Own Digital Assets, NFTs by the End of 2022