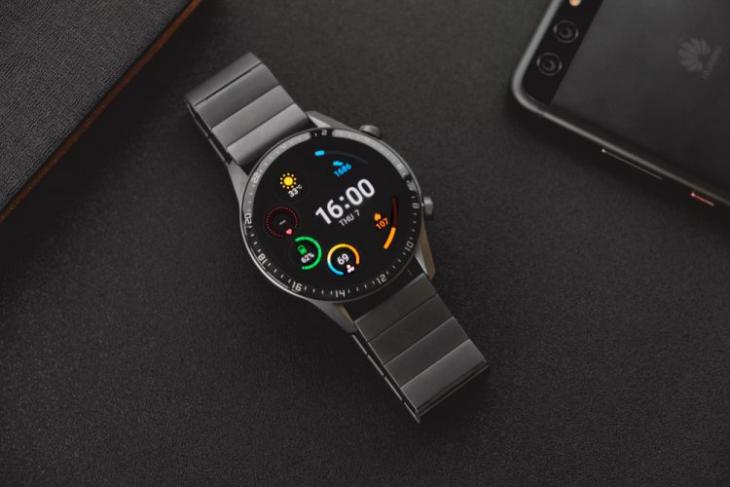 Huawei unveiled its first-ever wearable chipset, the Kirin A1, at IFA earlier this year. The chipset comes baked in the Huawei’s truly wireless earbuds FreeBuds 3 and Watch GT 2. The company recently announced that it will launch wearables powered by their Kirin A1 chipset in India very soon. If rumors are to be believed, Huawei Watch GT2 India launch could happen as early as the first week of December.

Well-known Indian tipster Ishan Agarwal has taken to Twitter to drop hints about the Huawei Watch GT 2’s launch in India. He suggests that the wearable will officially be launched in India in the first week of December, i.e couple of weeks from today.

After the success of its predecessor, one of the the most awaited smartwatch of 2019, the #Huawei Watch GT2 is set to arrive in India in the first week of December. The watch will be launched in two variants and will be available in the premium category! I’m excited, are you? 😀 pic.twitter.com/7u7XmmaNgg

Huawei Watch GT 2 is a successor to the original Watch GT that was launched alongside Huawei P30 Pro earlier this year. It will come in two variants – 42mm variant with a 1.2-inch AMOLED display and 46mm variant with a 1.39-inch AMOLED display. The watch is backed by the company’s own LiteOS, coupled with a GPS, heart rate sensor, and water resistance up to 5ATM. Huawei Watch GT 2 boasts of a 14-day battery life, which is just great.

Talking about the Kirin A1 chip, which runs the show under the hood, it’s the first-ever wearable chipset to support Bluetooth 5.1 and Bluetooth 5.1 LE simultaneously (which means it offers twice the range of Apple Watch). It uses ultra-energy-efficient ARM Cortex-M7 cores for industry-leading 10uA/MHz energy consumption rate. It supports optical heart rate sensors, 6-axis gyroscope and other sensors that will help perk up its use-cases in future wearables.

Huawei Watch GT 2 is just the first step in bringing the Kirin A1 to India. The company is going to compete against some of the best-sellers, including the Apple Watch and Galaxy Watch in the premium category. Kirin A1 chipset will help Huawei further its footprint in India’s wearable segment down the road.