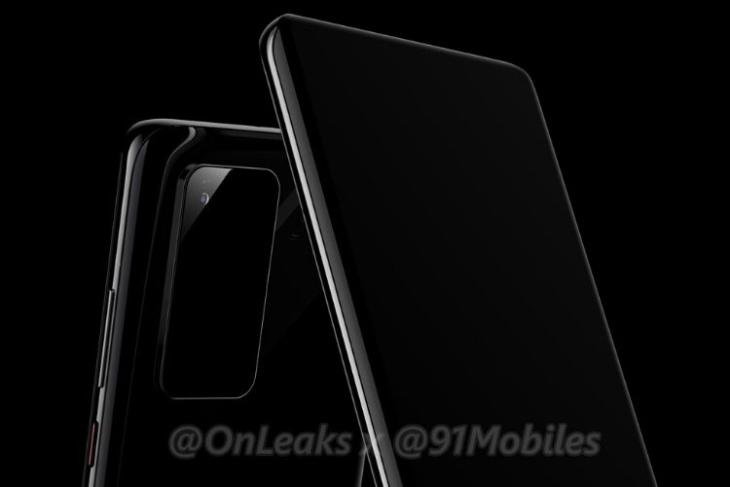 Huawei recently confirmed that its next flagship phone, the Huawei P40 Pro will launch in March next year at a launch event in Paris. It was previously rumored to show off the P40 Pro at MWC 2020 but it’s only expected to launch the Mate Xs foldable (slightly upgraded over existing Huawei Mate X) in February. Though there’s still a long while to go until the launch, CAD renders for the P40 and P40 Pro have appeared online.

Thanks to 91Mobiles and reliable tipster @OnLeaks, we have got our first look at the new “never seen” design of the Huawei P40 Pro. The device is expected to feature a curved OLED display up-front (with a 120Hz refresh rate) and no, it’s not a waterfall screen like the Mate 30 Pro.

Huawei, as per @OnLeaks, will bake a quad-curved display on its upcoming flagship. You can see below one of the edges of the display, which is expected to be curved on all four sides. It looks weird and the question is – do we even need this?

The tipster mentions that the metal frame of the Huawei P40 Pro has a new design at the corners and it will make people wonder how the display folds into the fame. One obvious detail that’s missing from these dimly-lit renders is the selfie camera placement. There’s currently no information on whether P40 Pro will pack a punch-hole camera or a notch to introduce the FaceID feature we first saw on the Mate 30 Pro.

You can check out the complete design of the Huawei P40 Pro in the render below. And I believe the first thing you will notice is the massive rectangular camera bump on the rear. The report suggests that P40 Pro will come equipped with at least 4 camera sensors but there’s no concrete information on its specifications available just yet.

On the other hand, Huawei P40 will arrive with a flat display that measures 6.1- or 6.2-inches on the front but the same glass build and huge camera bump on the rear. As for hardware specifications, both the P40 and P40 Pro will be powered by the Kirin 990 SoC with an integrated 5G modem onboard. The latter is rumored to sport a huge 5000mAh battery with 65W charging support, as per recent leaks.