Samsung Galaxy A8s may have been the first smartphone to feature a punch-hole selfie camera, however, Huawei is not sitting ducks and has today launched the much-awaited Nova 4 in China. The Huawei Nova 4 is the second smartphone to include a punch-hole camera display, coupled with a flagship processor, triple cameras, and a lot more.

The Huawei Nova 4 will be available in three gradient color variants, i.e Black, Blue, and White. The fourth red color, i.e Nova Star, will make its debut in Spring 2018.

Right off the bat, I know you can see that Huawei Nova 4 looks like a P20 Pro-clone from the rear end with its triple camera array, fingerprint sensor placement, and the gradients. However, it is when you turn to the front, you will notice the main difference between the two. 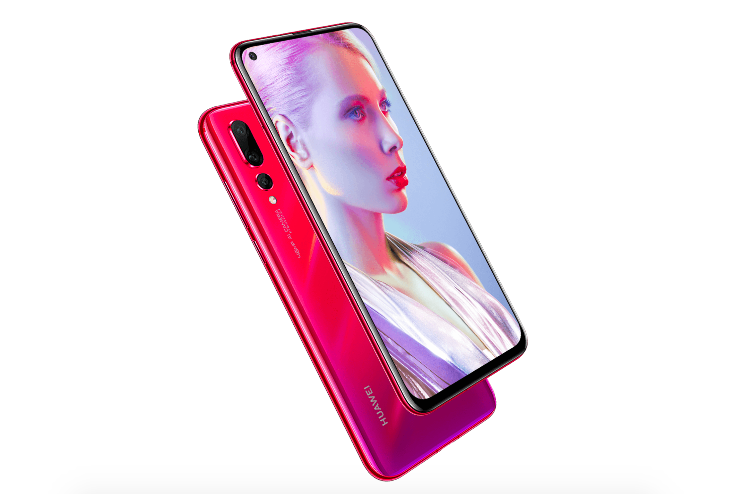 Huawei Nova 4 sports a 6.4-inch Full-HD+ IPS LCD screen, with a display resolution of 2310×1080 pixels and 91.8 percent screen-to-body ratio. There’s no notch here instead, the smartphone includes a punch-hole for the selfie camera on the top left. The minimal top bezel here packs the earpiece, an ambient light sensor, and a triple-LED indicator for your notifications.

The Nova 4 is powered by last year’s Kirin 970 processor, which is the same as its predecessor instead of its new Kirin 980 SoC that’s based on the 7nm node architecture. The chipset is also backed by an NPU engine, offering you tons of AI features in the UX, camera, and more. This is coupled with 8GB of RAM and 128GB of onboard storage. 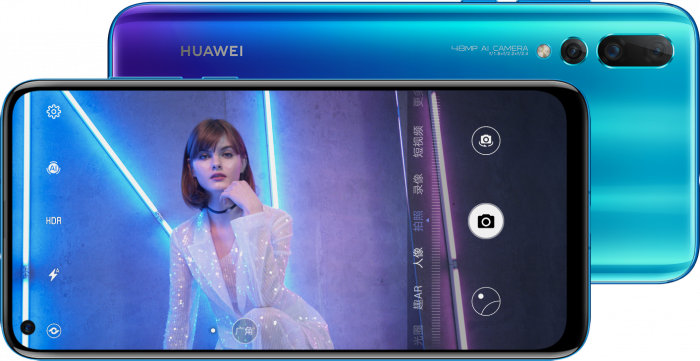 Speaking of the in-display selfie camera, Huawei on stage boasted that it has developed the industry’s smallest front camera module via the MOC process. It is a 25-megapixel (f/2.0) sensor and is just 3.05mm diameter in size, which is great. You’ll also find various AI beauty, portrait, night, HDR, time-lapse, AR and several other modes on this device.

Huawei Nova 4 comes with EMUI 9.0.1 backed by Android Pie out-of-the-box. The software is said to have been optimized to better accommodate the under-display selfie camera instead of just pushing content down and expanding the size of your notification area.

The smartphone also includes a 3,750mAh battery, which is modest enough and can be quickly juiced up with an 18W charger included in the box. To sum everything up, check out the specifications table attached below:

There’s currently no word on when the Huawei Nova 4 will be launched in India, but we expect it to debut in the country in the first quarter of 2019. We will keep updating you with the latest updates, so stay tuned.