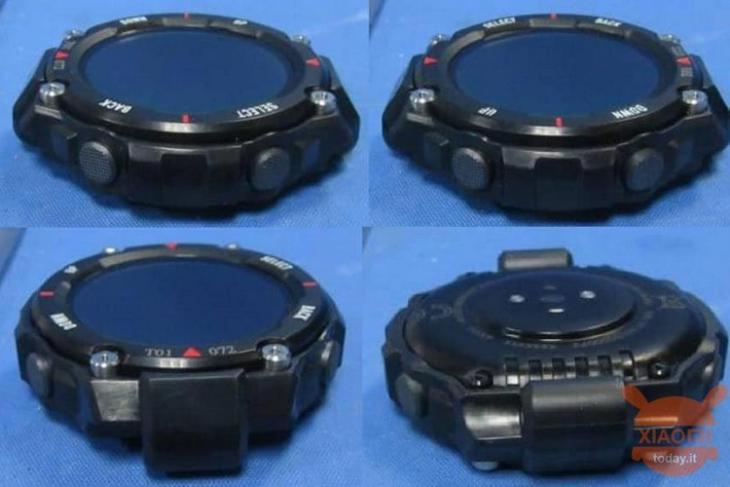 After originally announcing plans to unveil its Amazfit Bip S smartwatch at the CES 2020 tech show in Las Vegas next week, Xiaomi-backed smart wearables maker, Huami, has now revealed that it is looking to unveil a second smartwatch at the event. To be called the Amazfit T-Rex, the device will reportedly be positioned as a rugged, all-weather smartwatch with military-grade build quality.

One of the teasers, posted on Chinese social media site, Weibo, shows off the silhouette of what seems to be a rather chunky smartwatch with thick straps. Another teaser is an image depicting what seems to be shattered rock, which probably aims to convey that the device is tough enough to break through solid rock.

Meanwhile, multiple leaked images of what’s said to be the aforementioned T-Rex have been published by Xiaomi Today, showing off the device in all its glory. The images seem to depict a rugged device that looks somewhat similar to traditional Chronometers and sports watches from the likes of Casio and Tag Heuer. The report further states that the T-Rex will come with Bluetooth 5.0 BLE, a 390mAh battery and up to 5 ATM water-resistance, but these are yet to be corroborated by Huami, so take them with a pinch of salt for now.

Meanwhile, alongside the two smartwatches, the company also plans to show off its new Amazfit TWS earbuds at the event, as can be seen from an official tweet posted last week. There is, however, no word on its tech specs just yet. It’s also not immediately clear as to whether it will be launched globally or if it will only be available in specific markets.