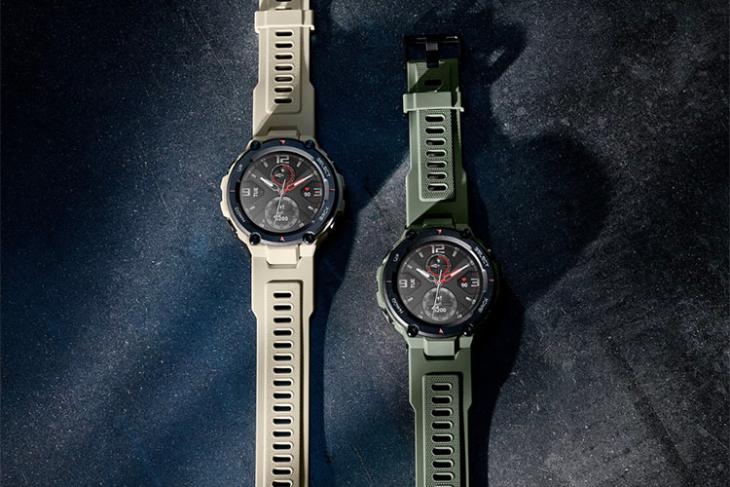 Alongside the new Amazfit HomeStudio and Amazfit AirRun treadmills, and the Amazfit ZenBuds and PowerBuds, the Huami owned brand also unveiled its much leaked smartwatch called the Amazfit T-Rex at CES 2020. If the name wasn’t enough of a hint, the watch is a rugged smartwatch that meets the military standard quality test regulations (MIL-STD-810G).

The watch has a polymer body and a design that looks a lot like Casio’s G-Shock watches; Amazfit says that it’s using ink-filling technology, along with protective bumpers on the raised bezel outside to ensure the robustness of the smartwatch. Moreover, the company says that the T-Rex can withstand extreme temperatures, along with exposure to salt, alkali, damp, or any other challenging outdoor conditions. It can also apparently survive for two hours under temperature changes from -40 to 70 degrees celsius.

The Amazfit T-Rex features a 1.3-inch AMOLED display with a resolution of 360×360 pixels, which isn’t the highest we’ve seen on a smartwatch with a screen this size (the Xiaomi Watch Color, for example has 454×454 pixels in its 1.39-inch AMOLED screen). The watch also has 14 fitness modes, and can track activities including mountain climbing, trail running and more. It’s also water resistant up to 5ATM (~50 meters). 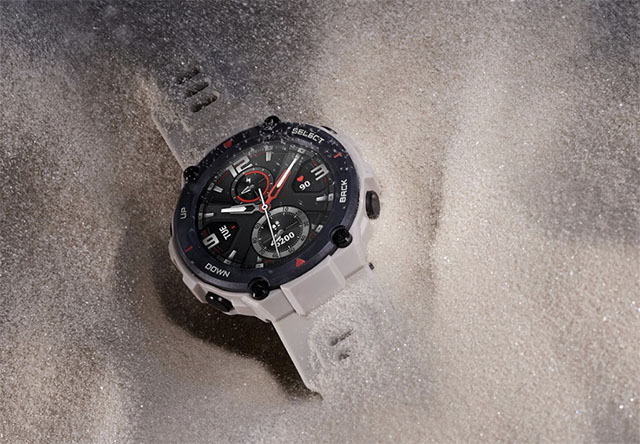 Other than that, the Amazfit T-Rex also has a PPG sensor that can track heart-rate and provide alerts based on the information it gathers, a 3-axis gyroscope, a geomagnetic sensor, and an ambient light sensor packed inside.

Powering all of the watch’s features is a 390mAh battery that Amazfit’s testing suggests will last for 20 days, and up to 66 days in basic watch mode.