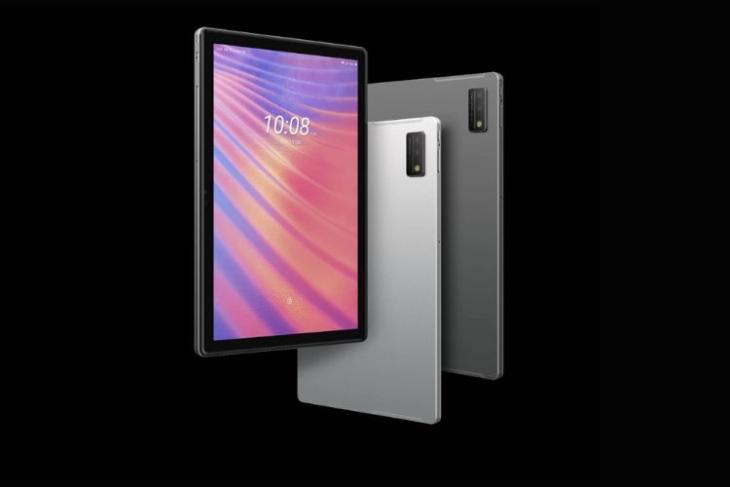 We have seen several tech companies launch new tablets device in the past few months, including Oppo Pad, Nokia, and Realme Pad. Now, HTC has jumped on the bandwagon with the launch of its latest HTC A101 tablet in Russia. The tablet sits in the budget price segment and offers decent specs. Check out the details right here!

The new HTC A101 tablet features a 10.1-inch LCD screen, which is a bit smaller than Nokia T20 tablet’s 10.4-inch display. Although, much like the T20, the HTC A101 also has thick bezels around its display, which makes it look kinda outdated. The bezel also sports a 5MP front camera for video calling and selfies. At the back, the device sports a dual-camera setup, including a 13MP primary lens and 2MP ultra-wide lens.

Under the hood, the HTC tablet packs Unisoc’s Tiger T618 chipset, paired with 8GB of RAM and 128GB of internal storage. There is a MicroSD slot to expand the storage if needed. There is also a generous 7,000mAh battery to fuel the device, though details about fast charging support have not yet been revealed.

Other than these, the HTC A101 tablet has a USB-C port for charging and data transfer, a 3.5mm audio combo jack, and support for facial unlock technology. It comes in two color variants – Space Gray and Moon Silver and runs Android 11 out of the box.

Now, coming to the price, the HTC A101 will cost 19,990 Rubles in Russia, which translates to Rs 25,976, when it is launched. There are no details on whether Russia would launch the device in other markets or not.