Making comparison is a better way to enhance the compatibility of the product. So far a tablet named LACS magnum pepper was gaining the credit of world’s cheapest tablet which has now been proved wrong by the Aakash.

The following specifications make the testimonies: 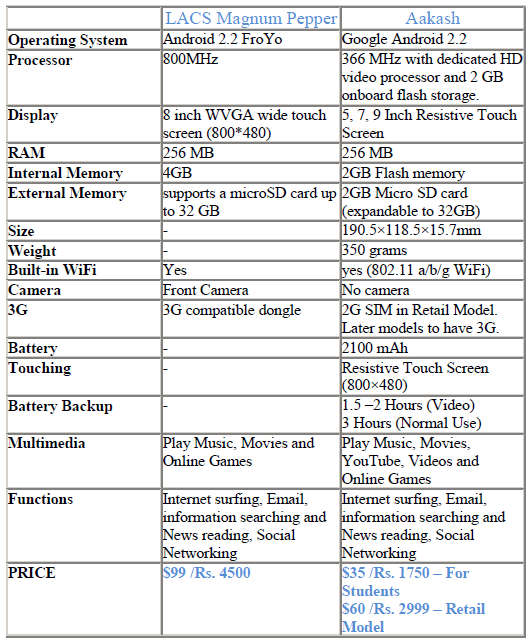