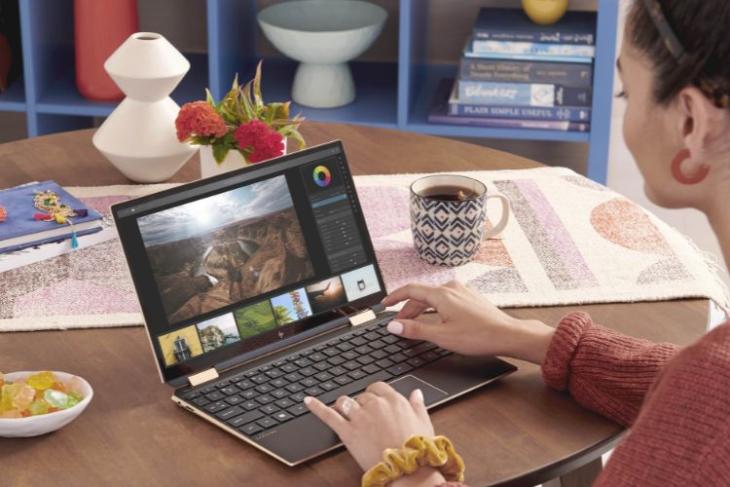 After recently refreshing its Pavilion 15 laptop with Intel’s 12th-Gen processors in India, HP has now launched upgraded versions of its Spectre x360 laptops in the country today. The new HP Spectre x360 13.5-inch and 16-inch 2-in-1 laptops offer a 360-degree hinge, touch-supported displays, 12th Gen Intel processors, and more. Check out the details below right now!

The new HP Spectre x360 laptops come in 13.5-inch and 16-inch sizes, sporting touch-enabled OLED displays of up to 4K resolution with up to a 120Hz refresh rate. The displays come in a 3:2 aspect ratio and have a 91% screen-to-body ratio. They also support multi-touch gestures and stylus input to enable users to easily use the devices in tablet form.

The displays also feature a built-in TUV-certified always-on low-blue light technology that reduces the stress on the eyes while working for long hours. There is also a 5MP HD webcam at the front with AI-backed features like HP auto frame, backlight adjustment, AI noise reduction, and dynamic voice leveling.

Under the hood, the new HP Spectre x360 laptops pack Intel Evo-certified 12th-Gen Core processors. While both models can pack Intel Core i7 processors based on the Intel Evo platform, the Spectre x360 16-inch model can also be configured with an Intel Arc GPU for optimized graphical performance. As for the I/O ports, the HP laptops come with two Thunderbolt 4 ports, one USB-A port, an HDMI port, and a 3.5mm audio combo jack. While there is a microSD card reader on the lower-end Spectre x360 13.5-inch model, the 16-inch variant comes with an SD card reader.

There is also a big battery inside both the models that can deliver up to 16 hours of battery life on a single charge. As per the company, the devices also support fast charging capabilities that can charge the laptops up to 50% in just 30 minutes.

The new HP Spectre x360 laptops are priced in the mid-premium segment in India. The 13.5-inch model with Intel Evo Core i7 is priced at Rs 1,29,999. The 16-inch variant, on the other hand, will be available for Rs 1,39,999 in India. Customers will be able to avail of exchange offers of up to Rs 11,000 and will also get access to Adobe Creative cloud with 20 Adobe tools for 1 month at no extra charge.

As for the availability, HP is currently taking pre-orders for the new Spectre x360 laptops on its official website. They will be available to buy in select HP World Stores, Croma, and Reliance stores across India with special pre-booking accessories soon.