Are you often disappointed with the results of your iPhone photography? Do you get pictures that don’t have the “pop” you want them to? Are the colors washed out? Or do you just want to move beyond the basics of snapping quick photos with your phone? If any of these apply to you, fear not! We’re here to help you take better iPhone pictures.

The new iPhone 6 or iPhone 6S both pack phenomenal cameras in their small bodies. The iPhone 6 includes an 8-megapixel sensor (far larger than the first digital cameras), and the iPhone 6S has a whopping 12 megapixels available. Both phones include a lot of technology from Apple that promises to improve the quality of the colors and clarity of the photos as well. As you’ll see, the 6—used for the photos in this article—can result in some high-quality pictures.

But you don’t need a new iPhone to take great pictures. These seven tips will help you get the most out of every shot no matter which iPhone you’re using.

When you take an iPhone picture, how much time do you spend thinking about exactly what to put in the shot? Probably not very much. You take out your phone, snap the photo, and move on. But if you want to take great pictures, you need to understand a bit about composition and how to frame up your shot.

Entire books have been written about photo composition, but this will be a necessarily brief overview. We’ll start with the rule of thirds, one of the foundational elements of many photography schools. Imagine that your divided into thirds both vertically and horizontally (as in the photo below). The rule of thirds states that the important parts of your photos should fall on or near one of those lines. Many people have a tendency to put their subject smack in the middle of the frame—and while this isn’t a bad way to go, it doesn’t add much visual interest. 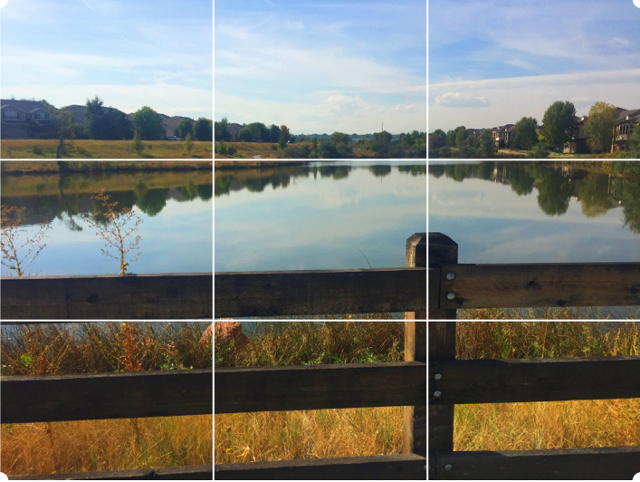 Another common iPhone photography mistake is not getting close enough to your subject. It’s an easy one to make when you’re working with a smartphone camera, because you can’t zoom in (unless you’re using an iPhone camera lens, that is), so you’re going to need to walk up close. You can use digital zoom later, but that will result in low-quality pictures. So get up close to whatever you’re taking a picture of. Don’t let it get lost in the background! 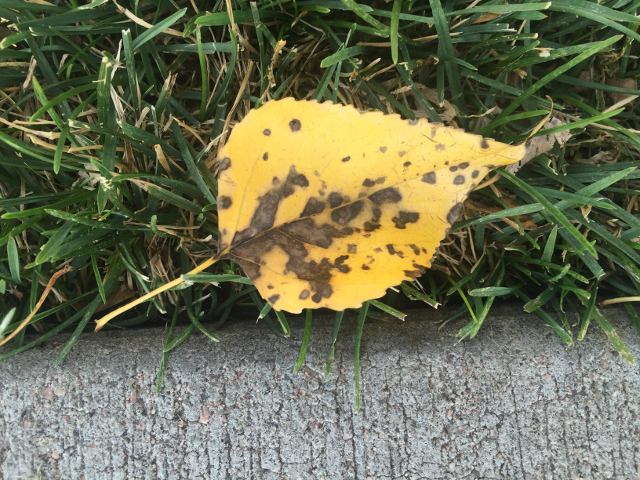 Finally, use a foreground object to draw your viewers’ eye into the photo and give it depth. Especially when you’re photographing landscapes, the resulting image can feel rather flat. By placing an item in the foreground—such as the fence in the image above—you give your viewer something to focus on first. Their gaze will be drawn from the foreground to the background, creating a sense of depth.

When taking iPhone photos, most people snap away at iLevel (sorry; couldn’t resist). Instead of trying to replicate your own view of the scene, look for a way to make the photo more interesting by changing the angle at which you take the picture. Crouch down, stand on top of some nearby stairs, get under a latticework floor, or tilt your phone diagonally. These new perspectives make your photos more interesting, as they don’t just reproduce what people have seen before. 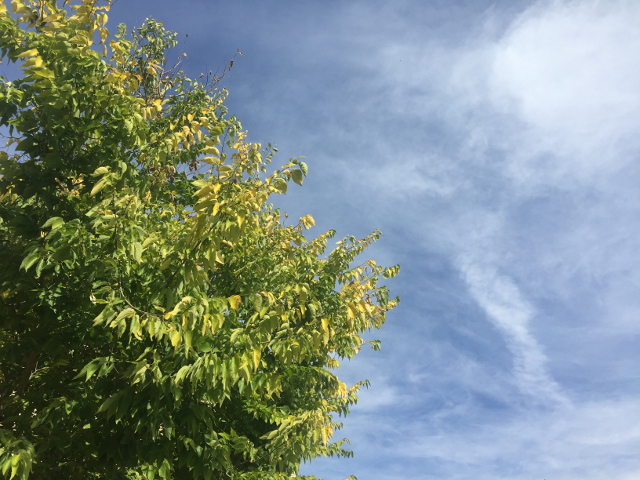 Low angles work especially well for most shots—the sky tends to give you a clean background, and looking up at something makes it seem larger, adding a sense of scale to your photo. And because we don’t usually see objects from this angle, it adds an element of the unfamiliar, which is great for making a photo visually engaging.

Use Light to Your Advantage

The iPhone is remarkably good at dealing with difficult lighting situations—in fact, I sometimes get better pictures from my phone than I do with my DSLR when the light is uncooperative. This means that you don’t have to worry about lighting as much as you might with other cameras, but it’s also a good idea to understand what light is doing to your photo. 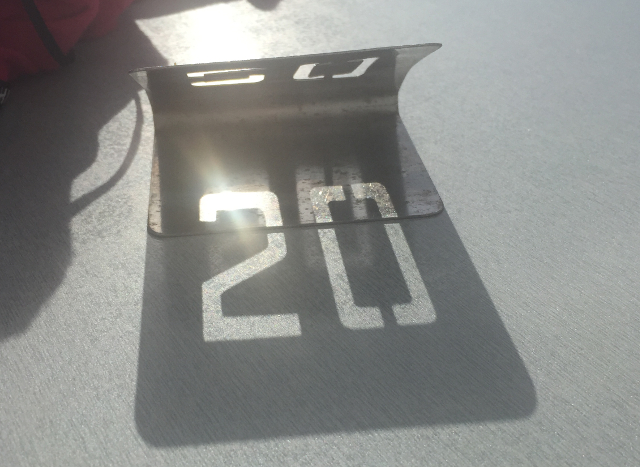 Direct sunlight will blow out a lot of your photo, leaving you with a huge white spot that fades out toward the edges, obscuring much of your picture. Shoot away from the sun, in shadow, or, for the best pictures, on an overcast day, to get the best results. When the sun is shining and it’s high in the sky, you’ll get very harsh shadows; you can either avoid these to get a smoother picture or take advantage of it to get a dramatic photo with a lot of contrast. 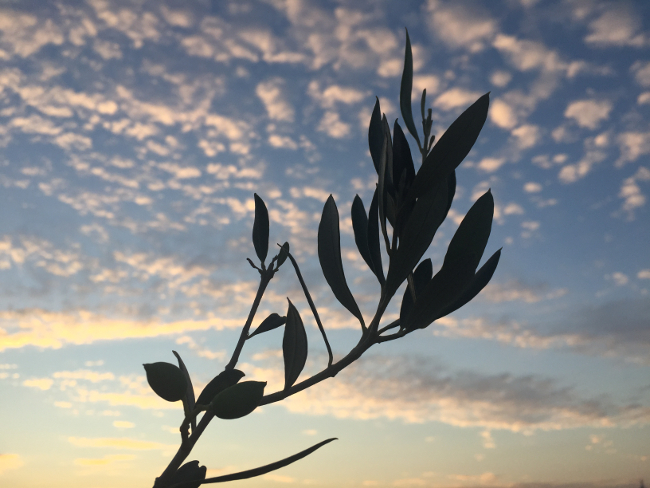 Using light in interesting ways also makes for great photos. Get a silhouette of a person against a sunset. Use a bright light as a focal point for your photo at night to do the opposite. Photograph shadows and reflections. If the lighting in your photo is less than optimal, trying making the picture black and white. This can salvage many shots that are sub-par in color.

High dynamic range (HDR) photos are becoming very common, especially among smartphone users. Put simply, cameras that use HDR actually take a number of different pictures at different exposures—usually dark, medium, and light—and combine them to get as much detail out of the different parts of the photo. A great example of where this is useful is when you’re photographing something in shadow under a bright sky (as in the image below). Your camera will usually pick up the details of either the shadow or the sky, but not both. HDR helps in these situations. 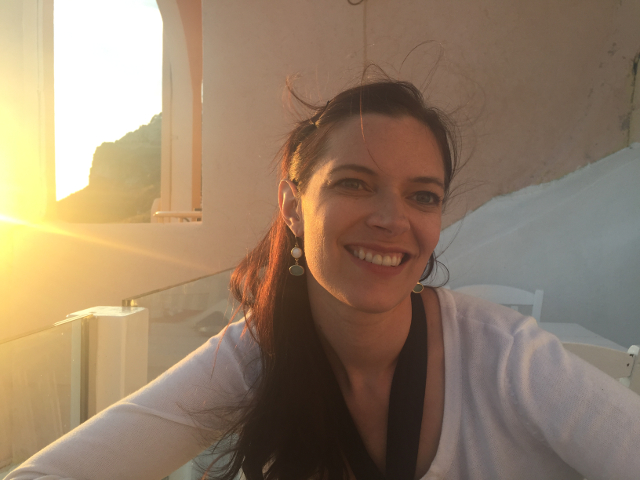 Most of the time, leaving HDR on Auto is fine. Your phone will detect when it could be helpful and enable it. However, if you’re going for a high-contrast shot that requires your subject or background to be at a significantly different exposure than something else in the photo, you may want to turn HDR off so that you have more control over where your iPhone camera picks out details. You can see just how much of a difference HDR can make in the image below (notice the details in the sky). 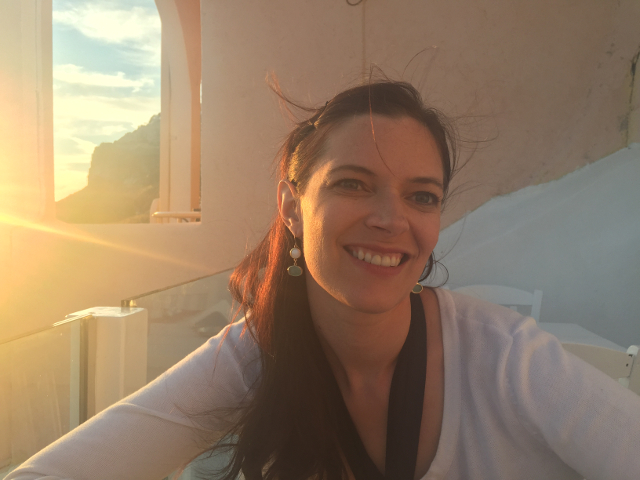 Also, be aware that many HDR photos have a very specific, over-saturated look. While the iPhone is good at blending exposures to give you really good photos, some of the results may scream “HDR.” Take a look at your photo after you’ve taken it and decide if you should re-take it with HDR off for a more natural look.

In almost every photo, there will be elements that are in focus and elements that are out of focus. This is just a fact of photography (and of human eyesight). But that doesn’t mean you have to let your iPhone choose what’s in focus! If you want a specific part of your photo to be in sharp focus, and you’re less concerned about another area of the photo, you can make sure that your phone focuses on what you what. 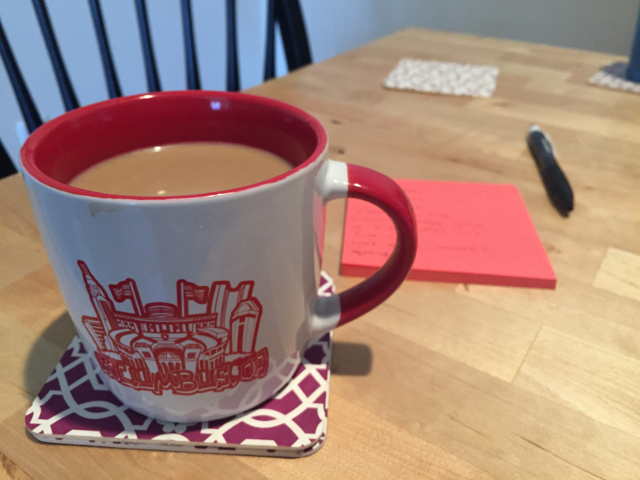 Just tap anywhere on the screen to move the iPhone’s focus to that point. If you’ve tapped on something close to you, it will bring the focus in; if you tap something far away, the focus will move out. It’s that simple. To see it in action, just point your camera at an assortment of objects, some close, and some far away. Tap through them to see how it changes the photo as a whole.

You can also lock the focus in place and adjust your image as you see fit. To lock the focus, tap and hold anywhere on the screen. When you see the words “AE/AF Lock” displayed, the focus is now locked. You can move around all you want, and the phone won’t autofocus to another object. If you’re not sure why you’d want to do this, don’t worry—as you become a more experienced iPhone photographer, you’ll start to understand why autofocus can be problematic at times and you’ll start using the focus lock more often.

Use a More Powerful Camera App

While the iPhone’s built-in Camera app is nice, there are a lot of great alternative camera apps out there. Manual ($1.99), one of the most powerful and popular alternative camera apps, lets you control shutter speed, ISO, exposure compensation, and white balance, all things that you have full control of on a full-featured camera. It also has a built-in rule-of-thirds grid and a histogram, letting you get a better idea of how balanced the image is. 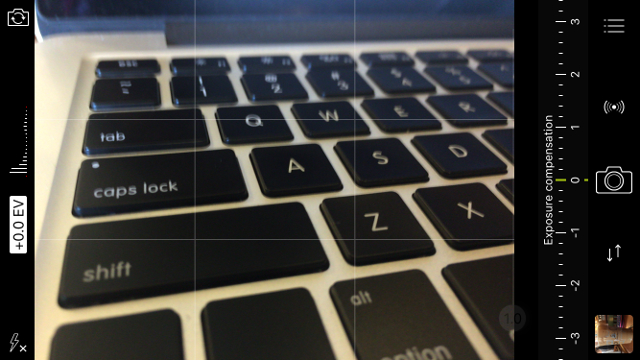 ProCamera ($2.99, pictured above) offers many of the same features as Manual, but includes a few more as well, such as being able to save your pictures in TIFF format, which retains more picture quality. It also shoots video, captures images during filming, and can even read QR codes, making it a very versatile app.

And if you’re looking for an app with a little more personal focus, check out our list of 15 great selfie apps!

Most people’s experience with photo editing ends at using Instagram filters, but there’s a whole world of great editing apps out there that will help you get the most out of your photos. VSCO Cam (free) is one of the most versatile editors, offering cropping, straightening, exposure control, temperature adjustments, and contrast editing. VSCO says that their app is built to “complement, not define, your photographs.” And because it’s free, it’s really tough to pass up.

Here’s a quick example of what VSCO can do. Below is an original picture: 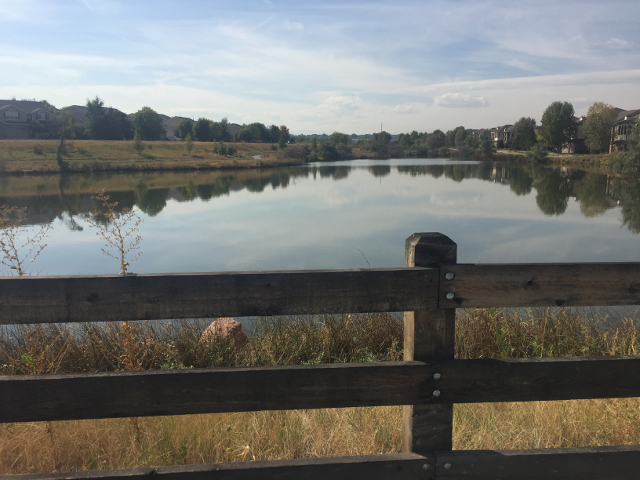 And here’s what it looks like after a minute or two of quick edits: 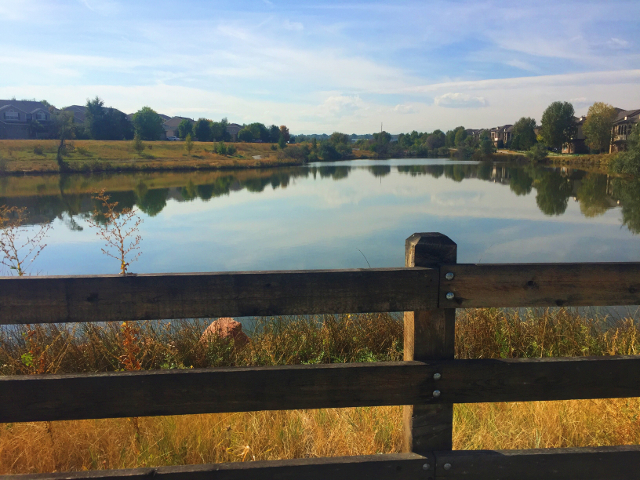 If you’re looking for more specific effects, you can find apps for those too. Tadaa SLR ($0.99), for example, helps you to create shallow depth-of-field, which places one part of your image in focuses and blurs the rest a bit for a very artsy feel. Snapseed (free) works well as a general editor, but also provides a number of filters that will give your photos the specific feel you want. And if you’re looking for great black-and-white shots, Noir Photo ($2.99) will help you out with dramatic lighting that takes your photo to an entirely new level.

Photography is a great hobby, but it takes a lot of practice, no matter how well you’ve prepared and how many articles you’ve read. The main ingredient in photographic success is practice. Take a lot of pictures, and experiment with a lot of different settings, apps, and body positions. Bend the rules to create images that make your viewer uncomfortable. Break them to make a statement. Take pictures of everyday objects and momentous occasions. The more you practice, the better you’ll get!

What are you favorite iPhone photography tips? Do you use any specific apps? Share your thoughts in the comments below!

15 Best iPhone 6 Apps: The best of Everything For Your iPhone