Photography has become an important aspect of every smartphone and each mobile OS’ store is filled with apps that promise to help you in getting the best out of your smartphone’s camera. This article lists out the 10 best photography apps on the iOS App Store that capture the best shots on your iPhone. 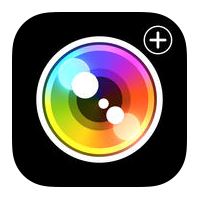 Critically acclaimed and widely regarded as one of the best iPhone photography apps, Camera+ costs $2.99 but is worth every penny. It uses a UI quite similar to Apple’s camera app but has many more features. It is very powerful, providing DSLR-like features of touch exposure, 6x zoom, continuous flash, a number of shooting modes including ones like Stabilizer and Macro as well as the normal modes that the standard iPhone app offers.

It also offers a number of editing options within the app, from simple tweaks like saturation, intensity and contrast to adding effects like film grain and duotone.

Camera+ on the App Store on iTunes – Apple 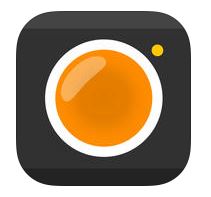 Not as widely known as Camera+, but Hydra is the only app that offers the option of capturing images with resolution as high as 32 MP, even though iPhone cameras are limited to 8 MP sensors. The HiRes option in the app takes between 4 to 60 8 MP pictures and stitches them together to create one incredible 32 MP photo. It also has the most advanced HDR feature of all photography apps, with an option to select the light intensity for the HDR photo as well as again using multiple shots to create the perfect image. It also has a very powerful Low Light option that produces crisp clear pictures that aren’t grainy at all.

Despite having so many features, it is very user friendly and is also directly linked with the iOS 8 photo album, so that users never have to worry about losing their photos as they’re all synced to the user’s iCloud account.

Hydra – Amazing Photography on the App Store on iTunes 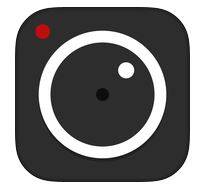 ProCam 2 offers the greatest number of options of any photography app on iPhone. Along with all the standard modes as well as options like face recognition mode, it even has a dedicated night mode, something rare amongst other iPhone photo apps. Just like

Camera+, it has features found usually only in DSLRs, like loss-less TIFF format pictures, spot metering and many more Pro options. Along with all the professional features, it also has features for light users, with a number of filters, as well as special lens modes like Fisheye and Kaleidoscope, options not found in any other photography app on iOS.

Camera Noir may not have as many features as any of the other apps, in fact it has only one shooting mode, Black and White (B&W). Taking B&W photos may sound simple, but often the smaller details are lost in B&W photography. Camera Noir is the best in the business when it comes to taking B&W photos, automatically adjusting all the settings from exposure to contrast, making sure each picture comes out perfect. It also has direct integration with Facebook, Twitter and more so you can post your new B&W photo instantly.

Camera Noir on the App Store 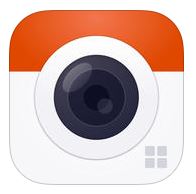 Retrica is probably the most popular app on the list, for good reason. It’s the easiest to use but still offers a number of features and is quite clearly the best when it comes to taking selfies and applying filters. Retrica has 100 filters and even has a built in feature to create collages. It is also among the quickest when it comes to taking snaps and is linked to most, if not all social networks so you can post pictures right away.

Retrica on the App Store on iTunes – Apple 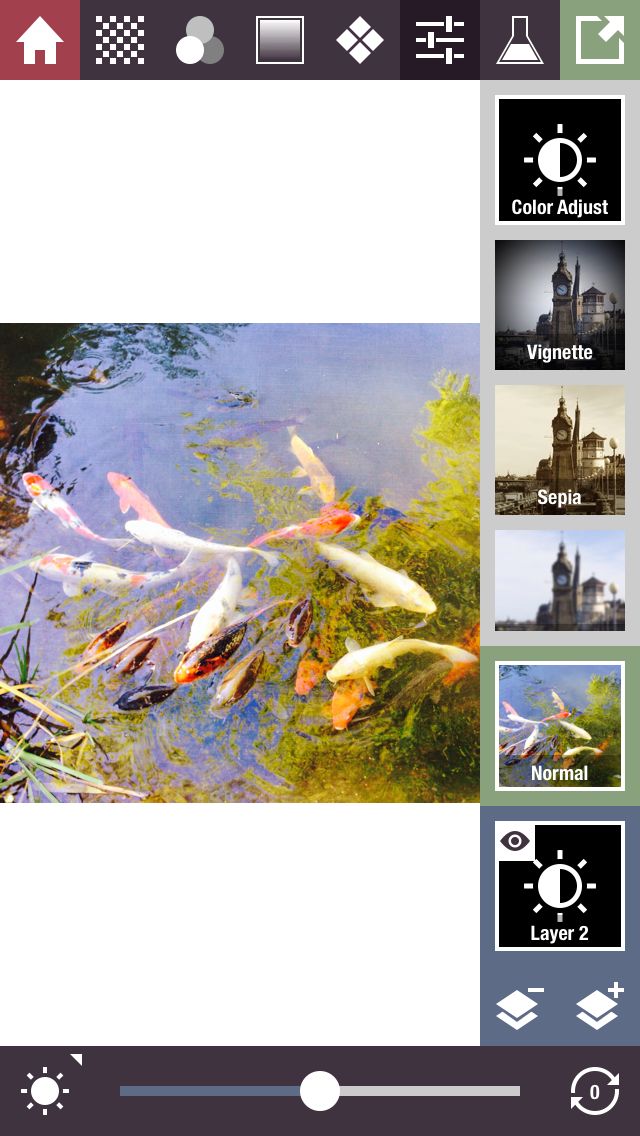 Created with the help of a professional photographer, Dirk Wuestenhagen, Stackables is the closest you’ll get to Photoshop on an iPhone in terms of layered photo editing.

It has almost 200 filters and lets you create amazing masterpieces by adding layer after layer of filters and effects like sepia, vignette, etc. You can also use any of the 30 existing presets. As with most apps, it is linked to most social networks for posting pictures from Stackables itself.

Compatibility: Requires iOS 7.0 or later. Compatible with iPhone, iPad, and iPod touch. This app is optimized for iPhone 5, iPhone 6, and iPhone 6 Plus. 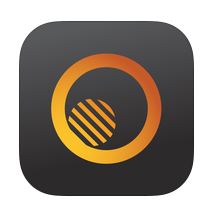 Voted as one of the best apps on the iOS App Store in 2013, Tangent is the most unique of all the photo editing apps on the App Store. Along with the filters and effects that other apps offer, tangent lets you add unique shapes, lines, gradients, patterns and fills in  layers above photos and twist, re-size and combine them to produce photos that are so very in vogue on Instagram now. As with most apps, Tangent is linked with social networks to enable posting of pictures to Facebook, Twitter, etc. from within the app itself. 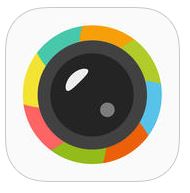 The best photography shooting and editing app for beginners, Rookie is free and is very capable. Using the app’s built in camera instead of the standard iPhone app lets you control ISO, shutter speed, white balance and many more before you take a picture. Editing pictures is very simple too, with tons of filters and effects accompanied by unique fonts, stickers and frames. 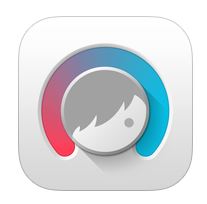 Facetune is a one of a kind app that lets you touch up faces as a skilled photoshop user would, but without having to pay for photoshop or needing a computer to do it. Facetune analyzes pictures taken and lets you remove blemishes from faces. Removing pimples, red eyes, dark circles, reshaping distorted faces in pictures and panoramas, whitening teeth, adding gloss to skin and eyes, etc. are features that that Facetune has that no other app does. It is THE app to beautify yourself digitally. Along with these features, it also has the standard features of filters, lighting effects, etc and Social Media integration.

Facetune on the App Store on iTunes – Apple 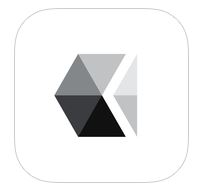 No list of photo apps is complete without VSCO Cam, the most awarded and acclaimed photo shooting and editing app there is. VSCO Cam now also offers photo shooting features, so that you can take a picture and edit within the app unlike earlier versions where editing was the only option. With 15 editing tools, numerous filters (more can be purchased for $5), immensely powerful editing tools and the ability to edit the standard filters and effects to your liking, VSCO Cam offers a powerful but easy-to-use experience.

It also comes with social media integration and even its own social network, called grid, where users share their photos edited with VSCO Cam. VSCO Cam also has its own camera roll so it doesn’t create duplicates in your iPhone’s gallery and syncs your photos with iCloud.

VSCO Cam® on the App Store on iTunes – Apple

So there you have it. Our take on the best iPhone photography apps. Drop a comment or write to us if you feel that we’ve missed out any app that should be there in the list!