While Google Maps continues to be the most popular maps app, Apple Maps has vastly improved to be a reliable alternative. Apple Maps brings several notable new features in iOS 15, including the ability to set departure and arrival times for driving directions on iPhone and iPad. As someone who relies on Google Maps for navigation and has used this feature for a long time, I’m glad to see Apple finally introduce it in the Maps app. If you want to learn how to use this new feature, check out this step-by-step guide on how to set leaving and arrival times for driving directions in Apple Maps on iOS 15 and iPadOS 15.

When you are planning a journey, you wish to know how long it will take to reach the destination and whether leaving early at a specific time will help you beat the traffic. In times like this, the option to set leaving and arrival times for directions in Apple Maps comes in handy. Though previous versions of iOS could allow users to enter leaving and arrival time for directions, it was limited to public transportation. With the latest update, Apple Maps has expanded this notable feature to driving directions as well.

How to Set the Departure and Arrival Time in Apple Maps

So without any further ado, let’s take a look at how you can set the leave and arrive by times in Apple Maps on iPhone and iPad.

1. Launch the Apple Maps app on your iPhone or iPad.

2. Now, enter your destination in the search bar at the bottom. 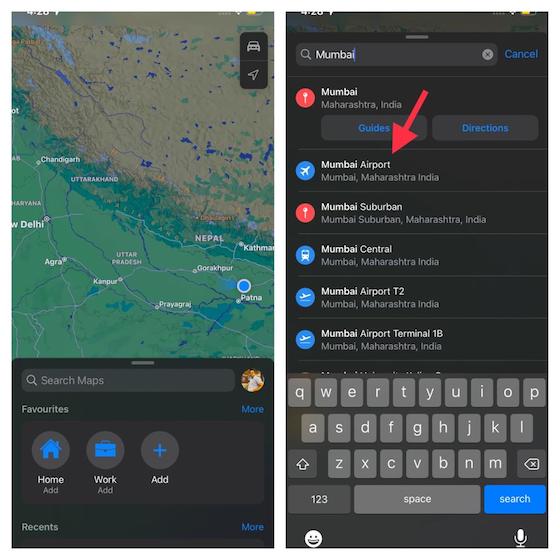 3. Next, tap on the “Driving directions” button, which shows the time it will take you to drive to your destination.

4. Next up, tap the “Leaving Now” button next to the “From” option under the name of your destination.

5. Up next, use the “Leave at” and “Arrive at” tabs located under the Date & Time pop-up window. You are setting a preferred leaving and arrival time in Apple Maps with this option.

6. Once you have set the date and time, make sure to tap on “Done” at the top right corner of the screen to confirm the changes.

That’s it! You will now see the driving directions and how long it will take to reach your destination based on the predicted traffic. Besides, you can also toggle on the option to avoid tolls and highways to see the route that will help you reach the destination a bit faster. 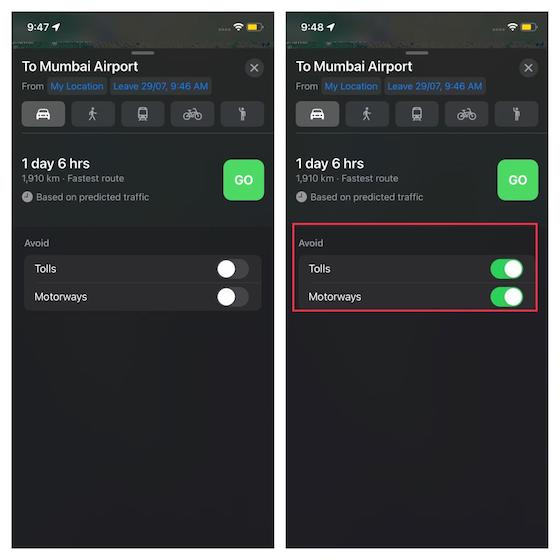 Use of Apple Maps to Plan Your Next Journey!

So yeah, that’s pretty much it. Setting the leaving and arrival time in Apple Maps can help you find the best time to embark on a trip. With iOS 15, Apple Maps has also got an interactive globe and shows more details in cities. Recently, the Cupertino giant added the option to report traffic accidents, hazards, and speed checks in Apple Maps as well. All of these helpful features make the Apple Maps app on iPhone and iPad a worthy competitor to Google Maps.

As to why Apple Maps is still nowhere near as capable as Google Maps, I would like to point out a couple of major reasons. The primary one being restriction (being tied to the Apple ecosystem) and the unavailability of notable features everywhere. Besides, Apple’s app also falls behind Google Maps in terms of accuracy. Unless the Cupertino giant sorts out the shortcomings mentioned here, its navigation app will continue to lag behind.

That said, what do you have to say about the navigation feature we have detailed above and the improvements coming to Apple Maps with iOS 15? It would be nice to hear your thoughts in the comments section below.