You just went out and bought a shimmering new Android smartphone and unboxed it. Now you are ready to install your favourite apps only to find that your new smartphone already comes with a few of its own. The situation is even worse if you are buying a carrier locked device, as now the phone will also have some carrier introduced bloatware apps. Bloatware is a big problem which has plagued Android users since its origin. The fact that there is no straight forward way to uninstall these apps makes me angry. Heck, even Apple now allows you to uninstall their system apps in iOS 10 and 11.

While there were ways to remove bloatware, those methods were limited to rooted Android devices. Thankfully, there’s a new way to uninstall system apps on Android and it works with non-rooted devices as well. So, without any further ado, here’s how to remove bloatware on Android without root:

Note: Some system apps are required for the proper functioning of your phone. Choose the apps wisely before removing them as removing the wrong apps may result in your smartphone becoming unusable. However, if something like that does happen, a simple factory reset will bring all the removed apps back.

Before we get into the thick of things, we will have to go through certain steps so that the whole process of removing the bloatware goes without any interruption. So if you are ready, let’s get started.

Before you start deleting your apps, you should exactly know the file path of the app, as that will be used to execute the command to delete the app. For now, just head over to the following link and install the App Inspector app from the Play Store.

This is a common practice and if you have been following Beebom’s website you might already know how to do it. For the uninitiated, just follow this path, About Phone->Build Number and tap on it 5-6 times. This enables the Developer Options. Now go to Developer Options and enable “USB Debugging”.

To execute our process, we will need the help of ADB tool. Basically, ADB is a command line tool which helps you interact with your Android Device and execute commands on it using your computer. There are many different ways you can use to install ADB on Mac or Windows. I have shared the method which I found to be the easiest.

Now paste the following command. This will install the ADB on your Mac.

To install ADB on Windows, visit the Android SDK download page and scroll down to the bottom till you find the link shown in the picture. Click on the link to download the zip file. Extract the zip file and run the .exe file. Deselect everything other than “Android SDK Platform-tools” and then click Install. This will install the ADB tool on your PC.

Note: I am using my OnePlus 3 to demonstrate this method, but it will work on any Android device. Also, I am using a Mac. Windows users should follow the same command. The only difference is that instead of the Terminal, Command Prompt will be used.

1. First, open the App Inspector app and tap on the “App List”. Scroll down to find the app you want to uninstall and tap to open. In my case, I will uninstall the Hangouts app. Note down the app path for your app. See the picture for your reference. 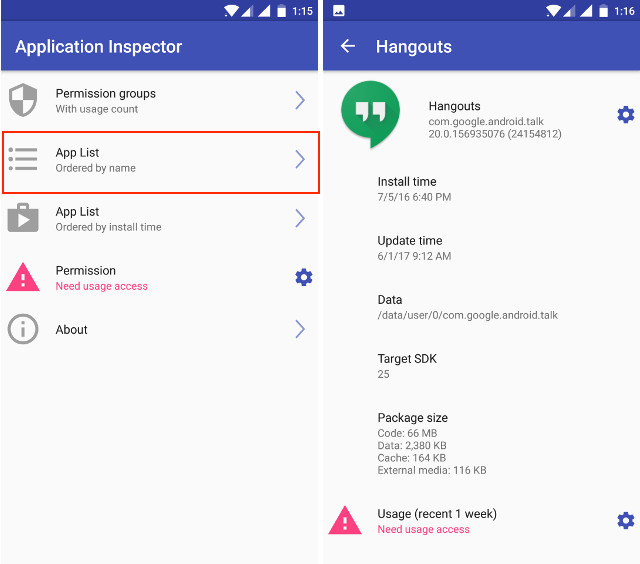 2. Now, connect the phone to your computer and select the file transfer mode. 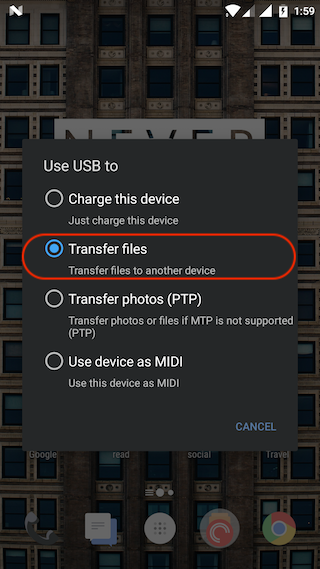 3. To check that your device is being identified by the ADB program, open the Terminal/Command Prompt and enter the following code and hit enter/return.

After the command is run, you will be able to see an alphanumeric code representing your device and the word device written beside it.

4. Now, enter the command adb shell to enter the shell mode. You should be able to see your device name now.

5. Now to uninstall the app, just copy and paste the following command.

Replace the <name of package> block with the path for your app. For example, in the code below the path shown is for the Hangouts app. Similarly, yours will depend on the app you wish to uninstall.

6. Now all that is left is to press enter/return and the app will be uninstalled and you will see the word “Success” on your Terminal/Command Prompt as shown in picture above. Congratulations, the app is now uninstalled. Just to be sure, let us search for the app on the phone. 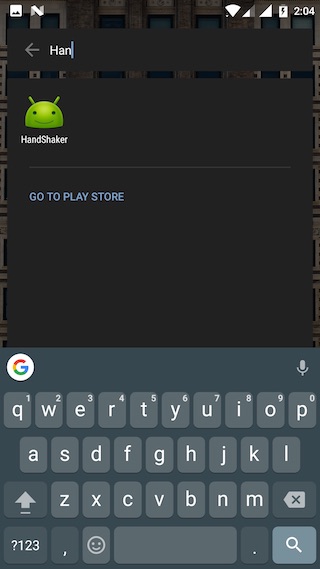 Similarly, enter the path of the apps you want to uninstall one by one and get rid of them. As I mentioned earlier, if you delete an app by mistake, you can bring it back by performing the “Factory Reset” of your phone.

SEE ALSO: How To Enable System Wide Immersive Mode On Any Android Phone

Remove Bloatware on Android Without Rooting

Bloatware takes away the fresh feeling attached with an Android smartphone when you buy it. The hardware is all new and shining while the software already feels used. Not only that, they waste space and annoy you from time to time. It’s time to say your goodbyes to those pesky apps. Uninstall them and make your phone feel brand new just like the ones running on stock Android. What’s the worst app which you want to get rid of? Let us know in the comment section below.