Disable Last Seen in the Hangouts Web Client or Extension

If you happen to use Google Hangouts through its web portal, you can just login to your Google account in the Hangouts web client. Then, hit the hamburger menu button to bring up the sidebar. 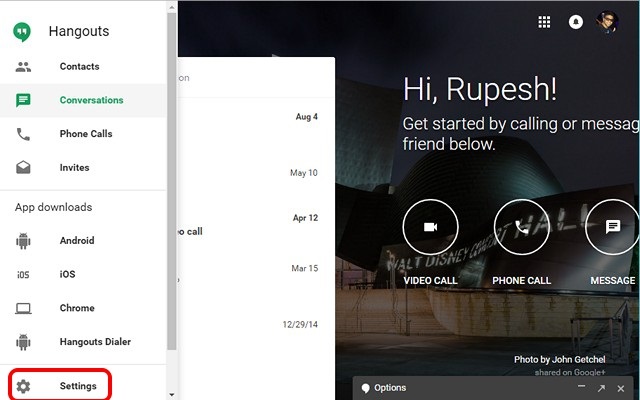 Here, click on “Settings“. In the Settings page, untick the option “Show when you were last online” to disable the last seen feature. 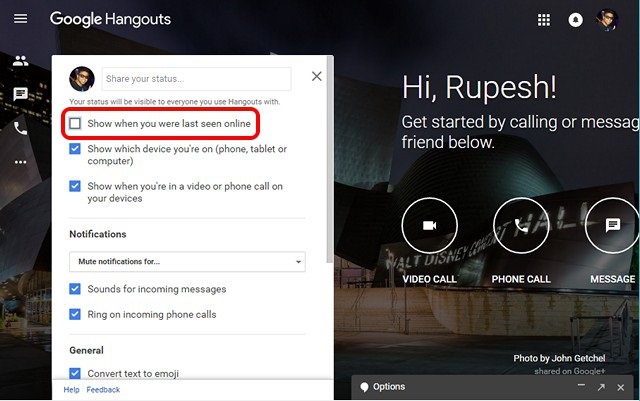 You can also disable Hangouts’ last active feature through its Chrome extension as well. You can just open the Chrome app, hit the hamburger menu button and from the options, untick the option “Show when you were last online”. 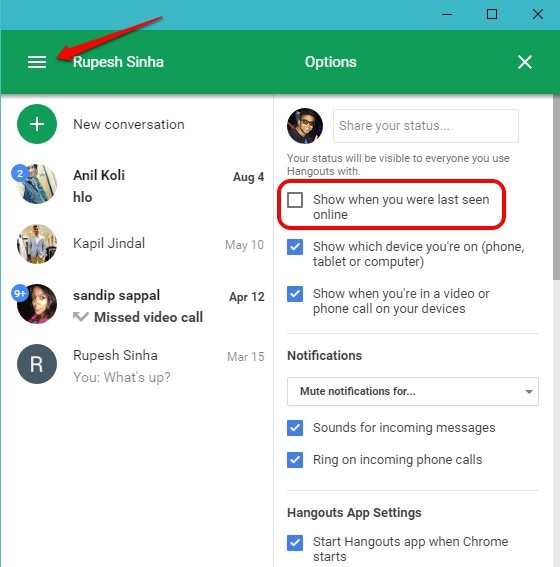 If you don’t use the standalone web client or extension of Hangouts and instead, you use Hangouts in Gmail, you can still disable last seen.

To do it, you can just click on your name and untick the option “Show when you were last seen online”. 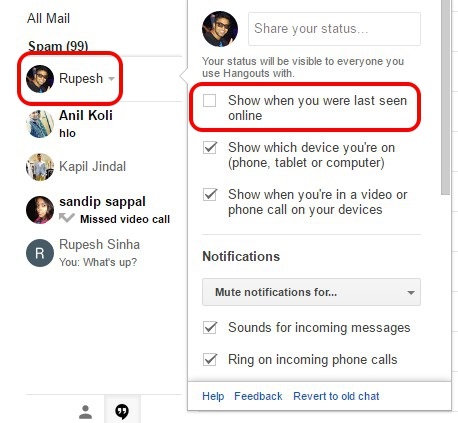 To disable last screen in the Hangouts app on an Android smartphone or tablet, just open the hamburger menu and head to Settings. Here, select your account. 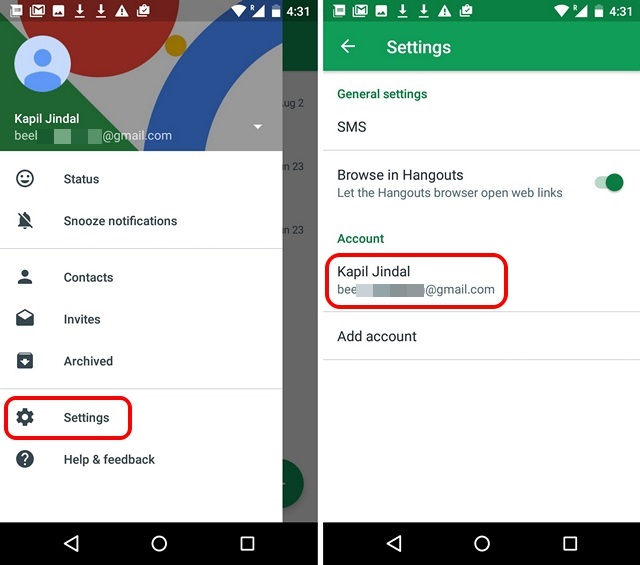 Then, tap on the “Share you status” option and just turn off the toggle for “Last seen”. 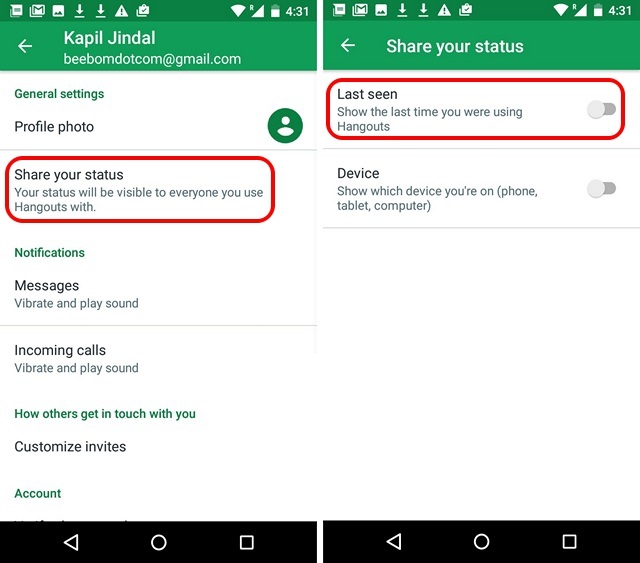 If you are using Google Hangouts on an iPhone or iPad, you can just head to the Settings in the app and tap on the “Status” option. 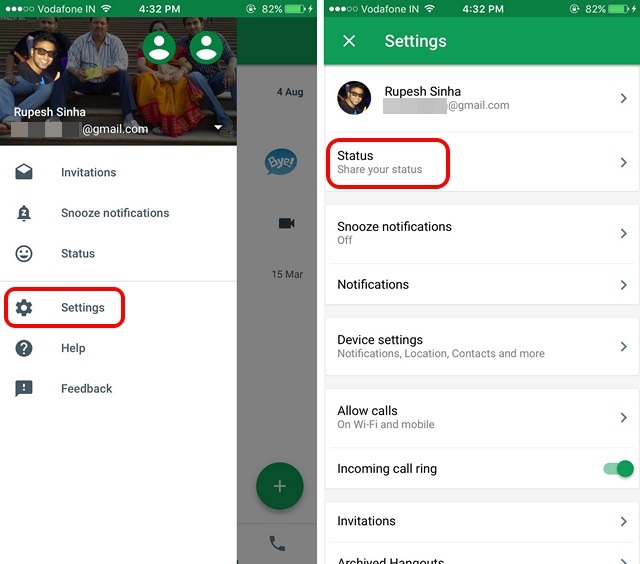 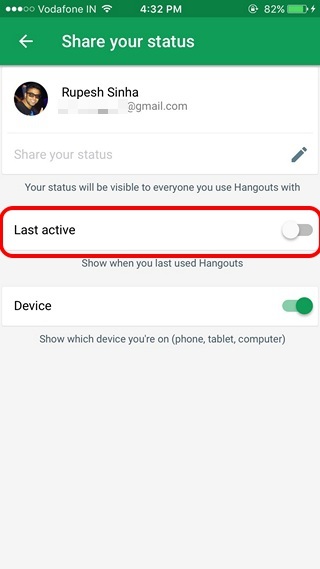 Easily turn off the last seen feature in Google Hangouts

Well, those were some simple steps to disable last seen in Google Hangouts. Be it your PC, Mac or your smartphone, Google lets you turn off last active in Hangouts from anywhere, which is certainly great.

While Google might be relegating Hangouts to enterprise users in the future, it’s not going away anytime soon. So, we hope this simple tutorial on Hangouts comes in handy for you.

How to Export Google Allo Data

How to Use Google Allo, A Smart Messaging App

5 Security Reasons to Switch From WhatsApp to Signal