When a shocking report revealing how Apple used to share Siri recordings with contractors surfaced a few months back, the tech giant received a lot of flak from all sides. Feeling the heat, the company immediately halted Siri’s speech grading program and also offered a temporary workaround that involved completely turning off Siri and Dictation on each of the devices. However, that also meant that you could no longer use Siri which made the whole situation even worse. Thankfully, in what could be considered a well-thought-out move to solve this dilemma, Apple has now provided a much better way to delete Siri and dictation history in iOS 13 and iPadOS 13.

Note: The feature is introduced with iOS 13.2 update which is in beta as of now. If you are running the stable builds of iOS or iPadOS, you have to wait for the stable iOS 13.2 release.

How to Delete Siri History on iPhone and iPad with Ease

Unlike before, Apple no longer grades your Siri voice recordings by default. So, you can choose to participate in the grading program or ignore it. Moreover, you can also wipe out entire Siri history from a specific device, if you ever wish to safeguard your security and privacy in iOS 13. Having said that, let me show you how it’s done the right way!

1. Open the Settings app on your iPhone or iPad and choose Siri & Search. 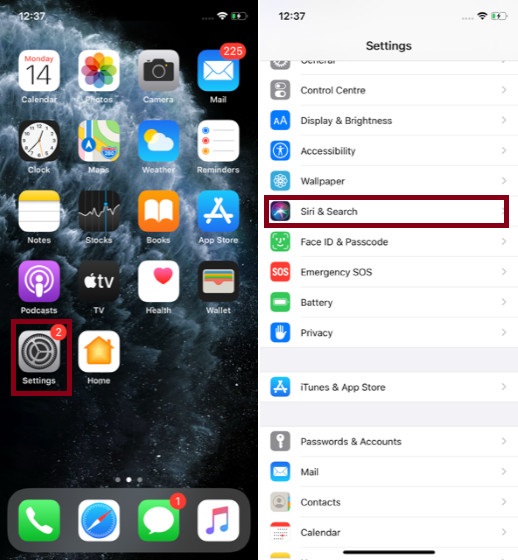 2. Now, tap on Siri & Dictation History which is located under the Ask Siri section. 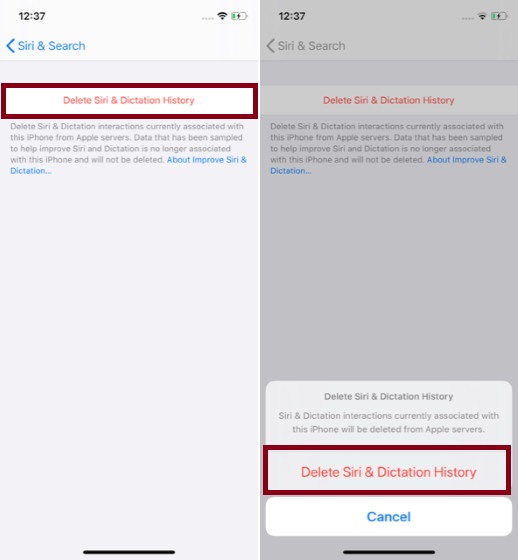 Now, the Siri and dictation interactions currently associated with this iPhone or iPad will be deleted from Apple servers. So, you can take a breath now!

When dealing with privacy-related stuff, it pays to be as transparent as possible. Though I’m more or less satisfied with Apple’s move to make the participation in the grading program an opt-in option, I wish the tech giant had been clear about it right from the start. I understand that the company needs to compile certain data as part of the effort to improve the performance of Siri but by allowing contractors to listen to personal conversations even without consent is going too far. Let me know your thoughts about this whole issue and whether or not you are pleased with the inclusion of the option to eliminate Siri conversation history.