The first ever Windows PowerShell was released over a decade ago for Windows XP, Windows Server 2003 and Windows Vista. It’s been a constant part of all Windows editions since then, starting with Windows 7 in 2009. While there have been many changes made to the software itself, the one thing that has stayed unchanged over the years is the color scheme – a blue background with white/yellow text in general, and red text on a black background for error messages. While most people have gotten used to these colors, some of you may want something more distinctive, either for better visibility or for aesthetic reasons. That being the case, let’s talk a look at how you can change Windows PowerShell color scheme in Windows 10:

Note: Before we proceed, it’s important to understand that this particular tutorial will deal with the PowerShell console, and not the PowerShell ISE, which is one of the two host applications for Windows PowerShell engine and language. It has it’s own customization settings that need to be tackled separately, and is beyond the scope of this tutorial. 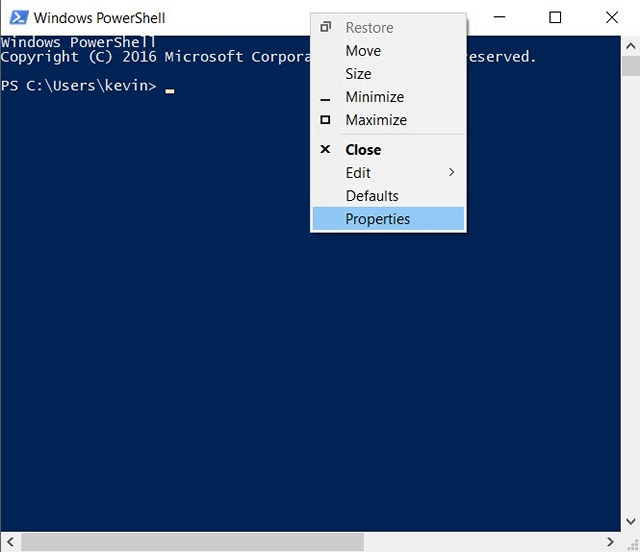 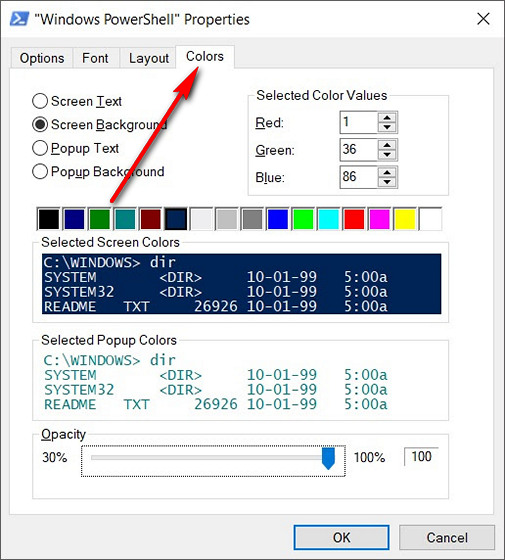 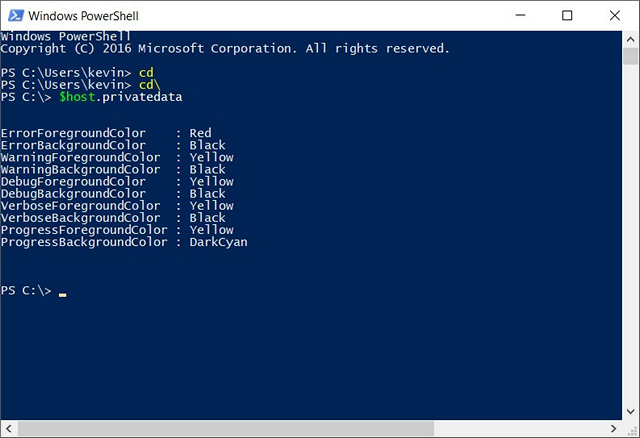 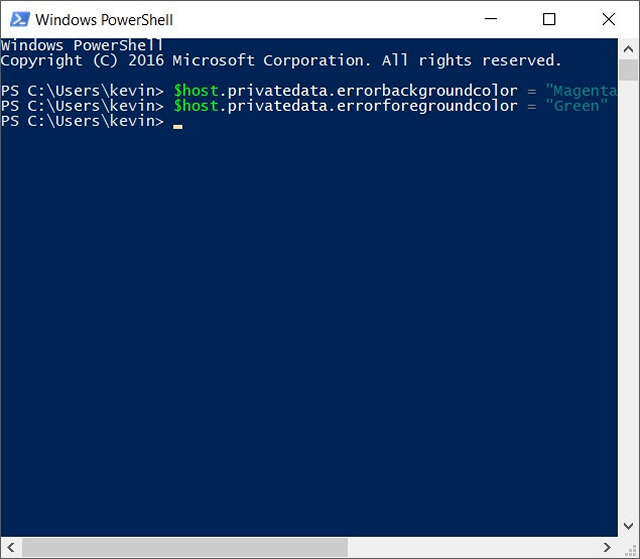 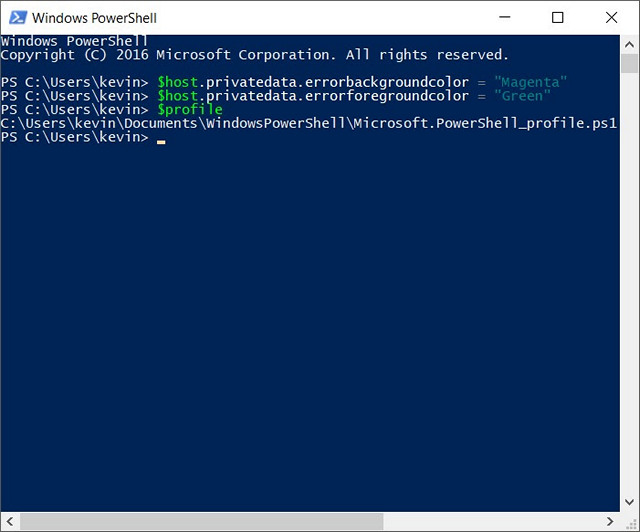 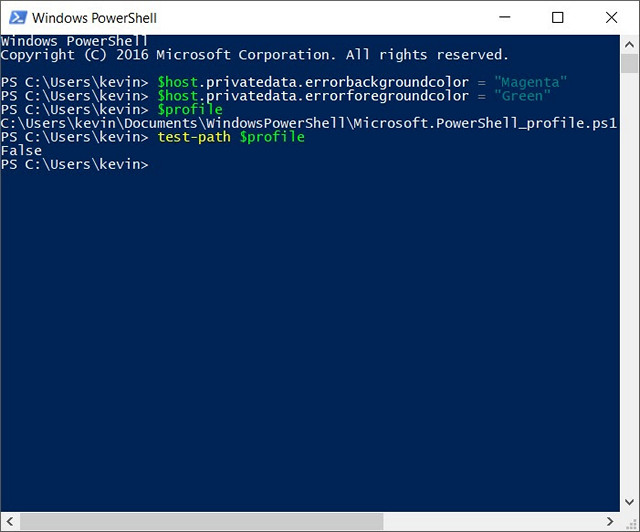 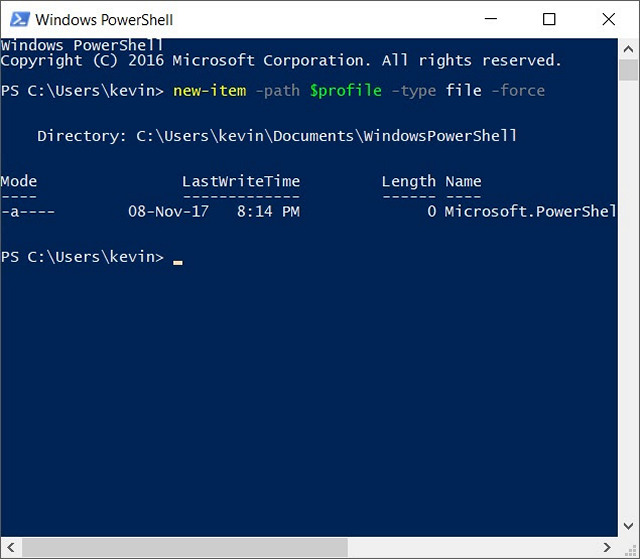 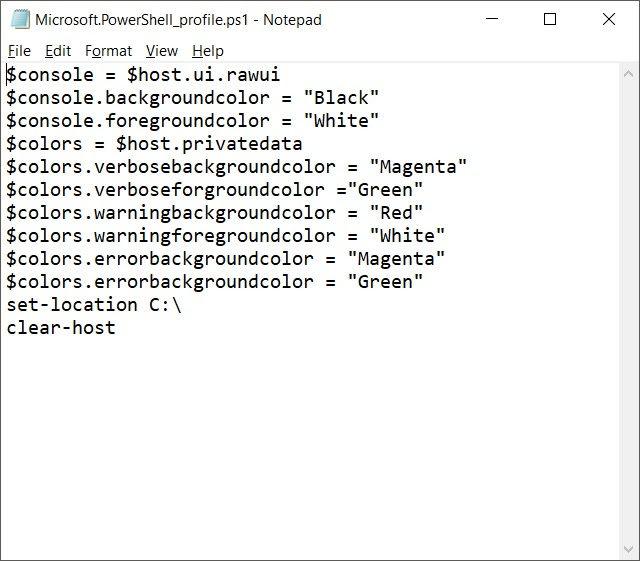 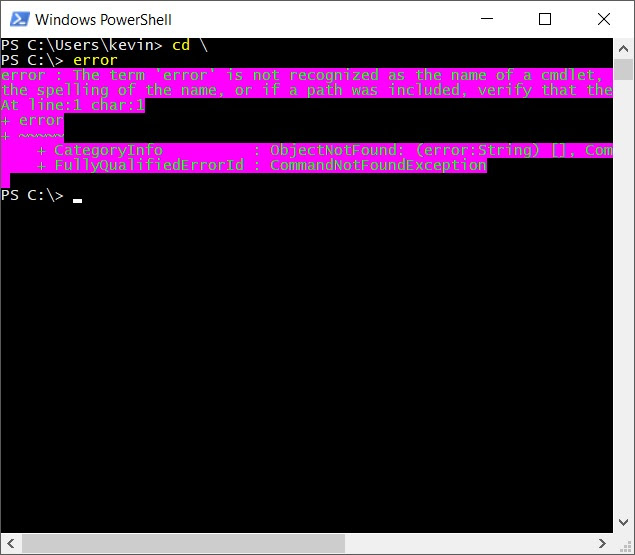 That’s it, folks, I’ve made the Windows PowerShell console on my work laptop look almost exactly like the good old Command Prompt with just a dash of color thrown in for fun.

Note: While the aforementioned steps are meant specifically for Windows 10, I also tried them out on our older Dell desktop running Windows 7. Every step is pretty much identical, and every thing worked as expected.

SEE ALSO: How to Stop Windows 10 Updates From Installing Automatically

Use Simple Commands To Change Windows PowerShell Colors in Windows 10

The Windows PowerShell is a great tool for power users but that doesn’t mean it has to be dull, drab and boring. Tweaking a few setting here and there can make a world of difference to how your PowerShell console looks, so give it a go and change the colors to whatever your heart feels like. And once you do that, don’t forget to give us a heads-up about how things went, because we love hearing from you.