Browsing in private mode, or ‘Incognito‘, as Google calls it, protects users from various web trackers that could potentially jeopardize your privacy. We have already covered how you can open your browser in incognito mode by default in Windows 10, irrespective of whether you use Chrome, Firefox or Edge. Today, we will show you how you can always open  Google Chrome and Mozilla Firefox in incognito (private) mode by default on Android.

The method of opening your browser in incognito mode by default is relatively similar for Google Chrome and Mozilla Firefox. We are using Google Chrome and Mozilla Firefox for the demo below, but you can use the same method for Microsoft Edge and most other prominent Android browsers that offer an incognito browsing option. So let’s check out how you can open Chrome, Firefox or Edge in incognito (private) mode by default on your Android smartphone.

How to Open Incognito Tab in Google Chrome

You can easily open Google Chrome in incognito mode by default on your phone by following the tutorial below. 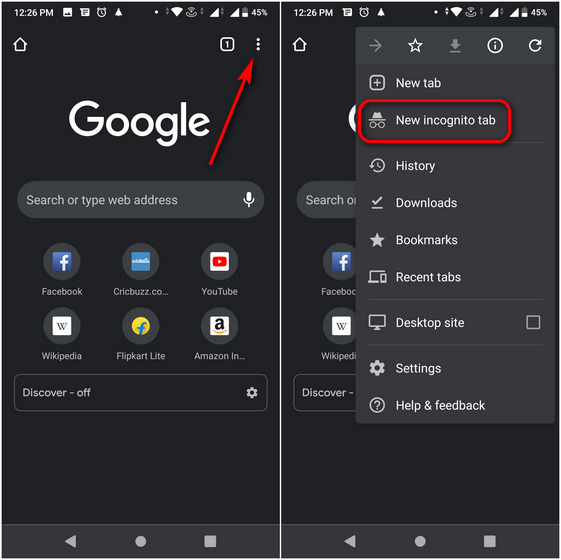 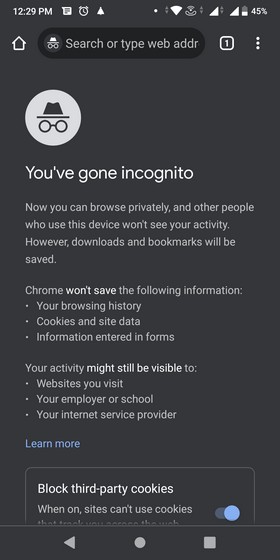 In incognito mode, Chrome will not store any information about that browsing session. Which means, all the browsing history, cookies and trackers from that session will be cleared when you exit the browser.

How to Open Private Tab in Mozilla Firefox 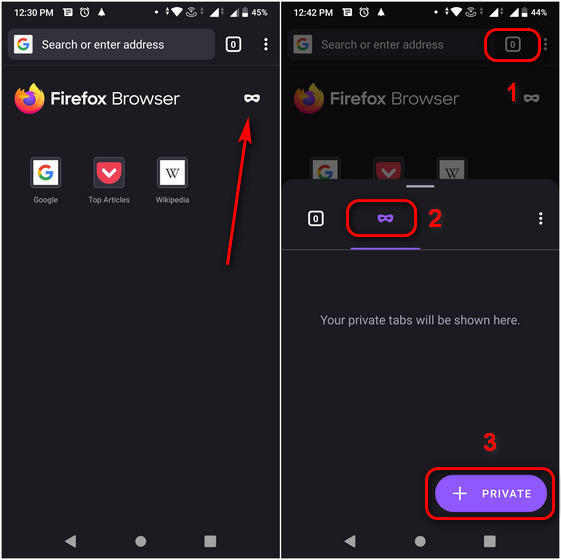 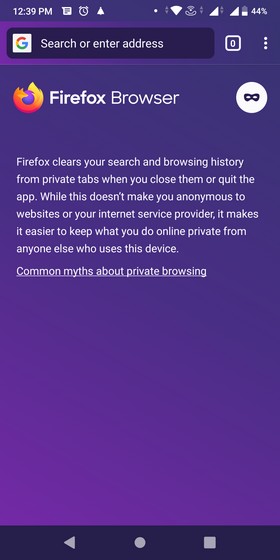 Firefox will not store any information from private tabs. That means all the cookies and trackers collected during that session will be cleared when you exit the browser.

Note: The method is the same for MS Edge. Just tap on the tab-counter button, select ‘InPrivate’ from the popup menu and tap the “+” button to start browsing InPrivate.

To always open your browser in incognito (private) mode by default, try the following trick: 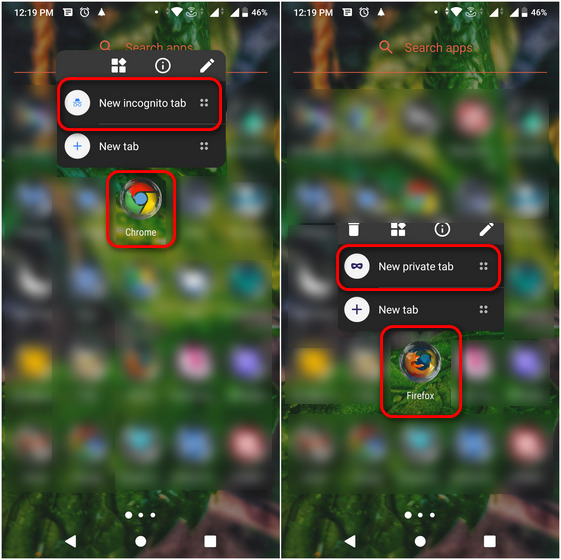 Note: This method to open Chrome or Firefox in incognito or private mode by default requires Android 7.0 Nougat or higher. It works on most OEM ROMs and is also supported by most third-party launchers.

While the method above works for most browsers in the newer versions of Android, Firefox also offers a built-in option to open private windows by default every time. It works on all versions of Android, but is especially helpful for folks running Android Marshmallow and older. Here’s how you do it:

Note: Update Firefox from the Play Store to ensure that this works as expected. 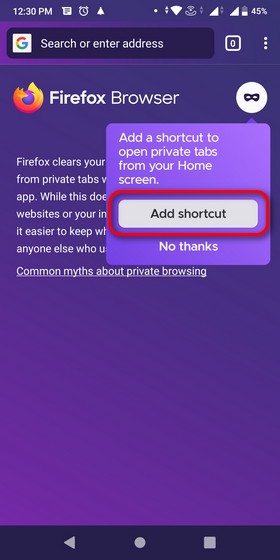 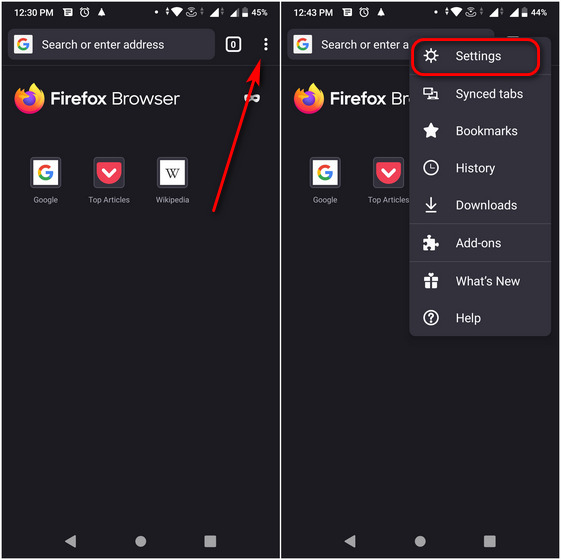 Note: The menu button is at the bottom-right by default in newer versions of Firefox. You can, however, change it back to the top from Settings > Customize > Toolbar. 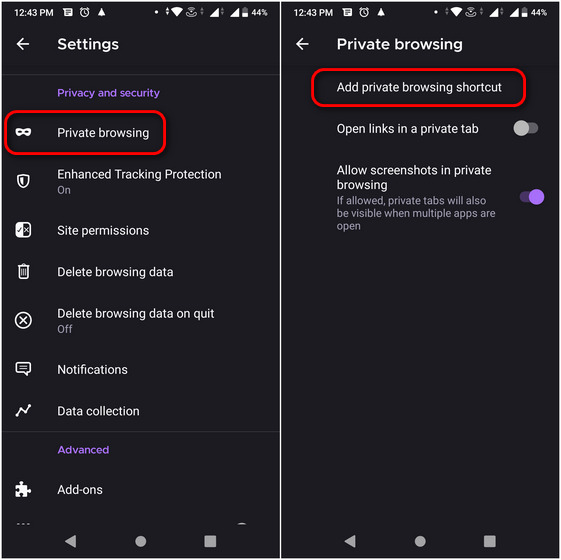 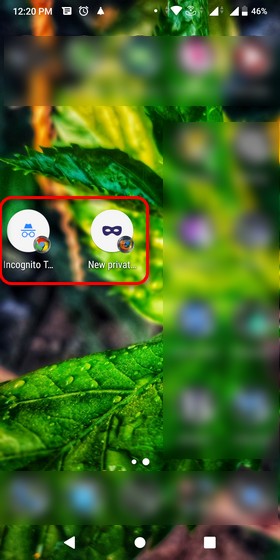 Surf the Web in Complete Privacy on Your Android Device

So you now know how to always browse using the incognito (private) mode by default on Android, using either Chrome, Firefox or Edge. While that’s one of the ways to maintain your online privacy, it is not the only thing you need to be mindful of. One of the best ways to ensure that your ISP (Internet Service Provider) doesn’t get to snoop on your connections is to change your DNS settings on your Android device. You can also try using a VPN on Android, if you want some extra privacy.

Meanwhile, if you use the regular browsing mode on Google Chrome, check out how you can disable and delete cookies in Chrome for Android. Also, if you’ve ever used Truecaller, check out how you can deactivate and unlist your phone number from the service. Finally, take care never to install these dangerous apps on your Android device to ensure your peace of mind.