Most modern Android browsers prevent users from taking screenshots in incognito or private mode to safeguard the user’s privacy. However, you can configure the settings to take screenshots of any incognito or private window in Google Chrome and Mozilla Firefox. We have already covered how you can take screenshots in Incognito mode on Google Chrome for Android. And now, we will tell you how you can enable screenshot capture while using private mode in Mozilla Firefox on Android devices.

While you require root access or need to use ADB commands to bypass screenshot restrictions in apps like Snapchat or Netflix, you don’t have to go through any troubles to take screenshots in incognito/private mode on Android web browsers. So, here’s how you can take screenshots while using private browsing mode in Mozilla Firefox on Android. 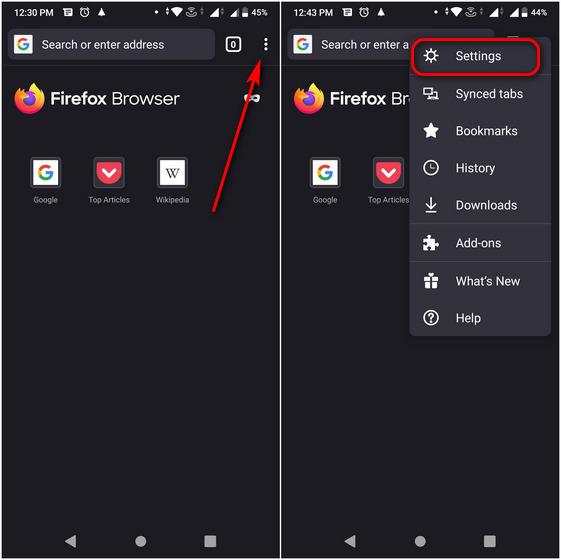 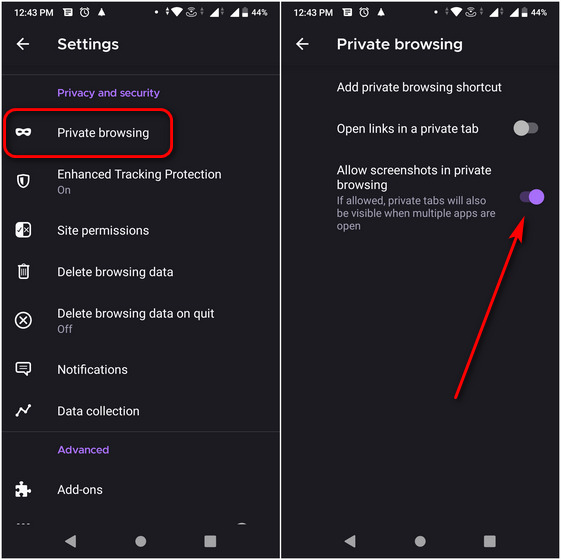 That’s it! You can now easily take screenshots in the Firefox Android app while browsing in private mode. To disable screenshots, retrace your path and turn off the toggle.

Now, taking a screenshot on your Android device is easy. Just press the ‘Power’ and ‘Volume Down’ buttons simultaneously, and that’s all. You can now take screenshots in private mode on Firefox for Android. You have successfully bypassed any screenshot restrictions on Firefox with this method.