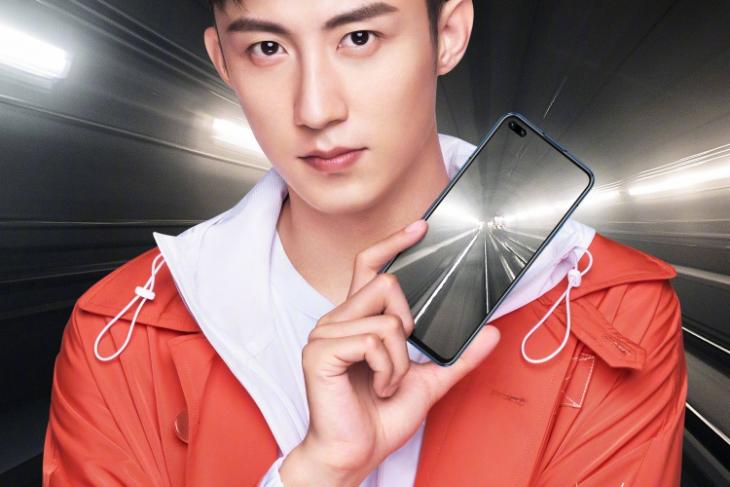 Honor had already confirmed that it will launch its first 5G smartphone, the long-rumored Honor V30, in November this year. It had since been dropping hints about the device here and there. But today, the company has taken to Weibo to confirm that it will be taking the wraps off Honor V30 on November 26 at a launch event in China.

Honor V30 is a successor to Honor V20 (or Honor View 20), which is known as the first smartphone to debut with a punch-hole design. The upcoming Honor flagship, as you can see in the teaser below, will carry forward the punch-hole design. It will feature a Galaxy S10 Plus-style dual punch-hole selfie camera but on the opposite side of the display. 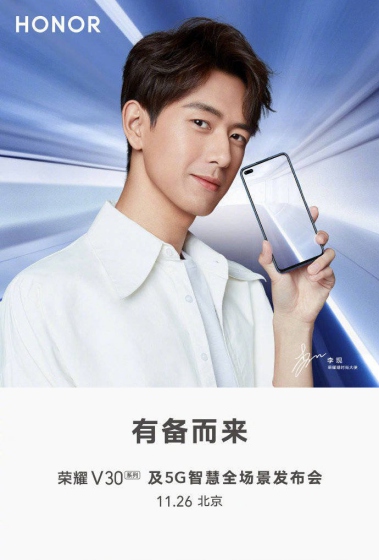 Though the invite doesn’t give away much information, we can see the front panel, which has slimmer and uniform bezels all-around. We can expect the display here to be an LCD panel, like its predecessor, with a physical fingerprint sensor mounted on the side in the power button itself.

Under the hood, Honor has already revealed long ago that its parent Huawei’s flagship chipset, the HiSilicon Kirin 990, will run the show. This 7nm EUV-based chipset has an in-built 5G modem, which supports dual-mode NSA and SA protocols. This means you don’t need an external modem to enable 5G support on this smartphone.

There’s no concrete information about the Honor V30’s camera setup available online but it’s tipped to be a multi-camera setup, with a 64MP primary sensor at the helm. It is also expected to borrow some camera tricks from the Huawei Mate 30 Pro with the company’s latest camera tuning algorithm technology “Camera Matrix” in tow.

Apart from all this, the Honor V30 is rumored to feature a 4,000mAh battery with the 3C certification revealing support for up to 40W fast-charging. The device will run a skinned version of EMUI 10 called MagicUI 2.0 without the Google Mobile Services (GMS) in tow. So, how excited are you to check out Honor’s first 5G smartphone? Share your thoughts with us in the comments down below.