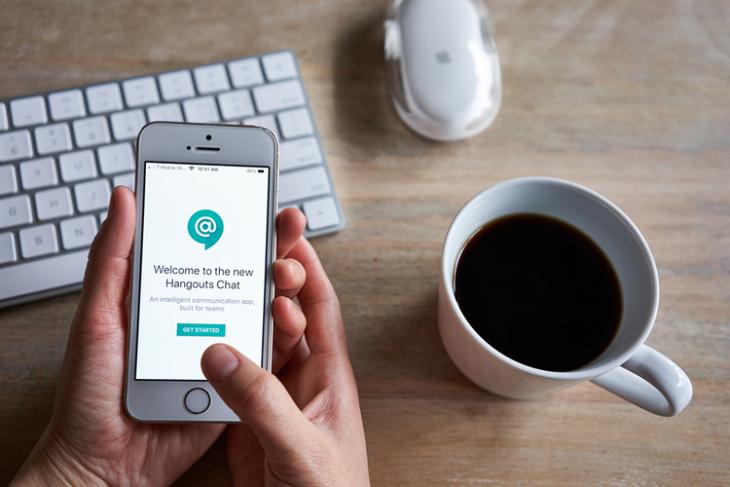 Following the rebranding of its videoconferencing service, Hangouts Meet, to Google Meet earlier this week, the search giant has now removed the Hangouts moniker entirely from its enterprise G Suite service by rebranding Hangouts as Google Chat. The search giant seemingly confirmed the removal of the Hangouts brand through a G Suite support page where it mentioned Google Chat and Google Meets multiple times instead of Hangout Meet and Hangouts.

While this may be the beginning of the end for ‘Hangouts’, it will still live on for the time being, because the consumer version of the same service will continue to be called ‘Hangouts Chat’ for the foreseeable future. “There will be no changes to the consumer (classic) version of Hangouts”, a Google spokesperson told The Verge on Thursday. That being the case, users will still be able to access the service from their consumer Gmail account or download the app from the Play Store and the App Store.

While the phasing out of the Hangouts branding may be a little sad for some users, the fact still remains that the service never managed to achieve the sort of popularity that the Google have wanted. While the company originally intended to shut down Hangouts for good last year, the plan has since been put on hold, and the latest developments now suggest that the company may be reconsidering its decision to do away with the service altogether.

Google Chat and Google Meet, in case you don’t know it already, were introduced in 2017 as Hangouts Chat and Hangouts Meet, respectively. While the former is a direct messaging app for G Suite users, the latter is a video conferencing app with support of up to 30 people at once.

Google Chat Might be Coming Soon to Gmail on Android