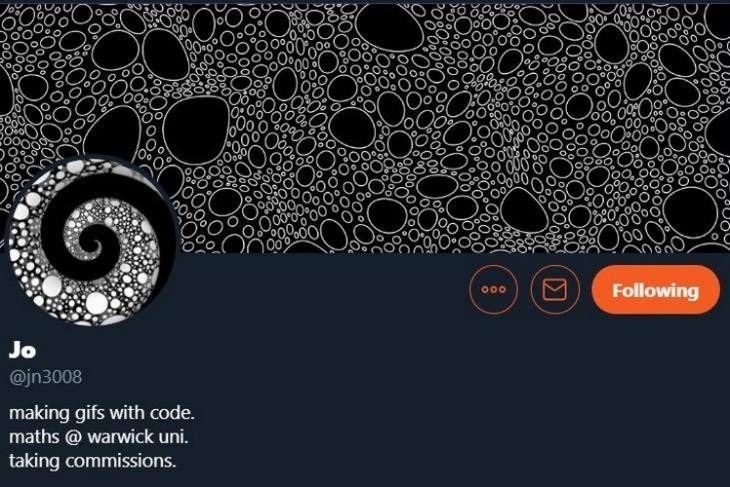 GIFs are something we all use a lot on various social media platforms. However, none of those meme GIFs or the looping ones compare to the GIFs made by this graphic designer. Going by the name Joseff N, this guy is a graphics motion designer who creates some mind-bending GIFs with the help of coding. While scrolling through Twitter I discovered his creations and I immediately thought of sharing his astounding GIFs with the world.

Now, as per his Twitter account, Jo (@jn3008) creates his GIFs with the help of coding by using “Processing”. Now, for the people who are unaware, “Processing” is an open-source flexible software sketchbook that helps students, artists, researchers, and graphic designers learn to code for creating visual arts.

Joseff, a maths student at the University of Warwick, is a UK-based individual with a keen interest in GIFs. He uses the “Processing” software to learn to code and creates some of the trippiest looping GIFs I have ever seen. He shares his creations on social platforms like Twitter, Tumblr, and Dribbble and also has a Github page (which is pretty much empty as of now). According to his bio, the guy started coding since 2018 and has made wondrous progress in these two years.

So, if you want to check out some of the best looping GIFs on the internet, you can head to his accounts from the above links.

The Man Who Invented GIF Passes Away at 74; Here’s to Stephen E. Wilhite!

The Story of An Entrepreneur’s Life In 15 GIFs