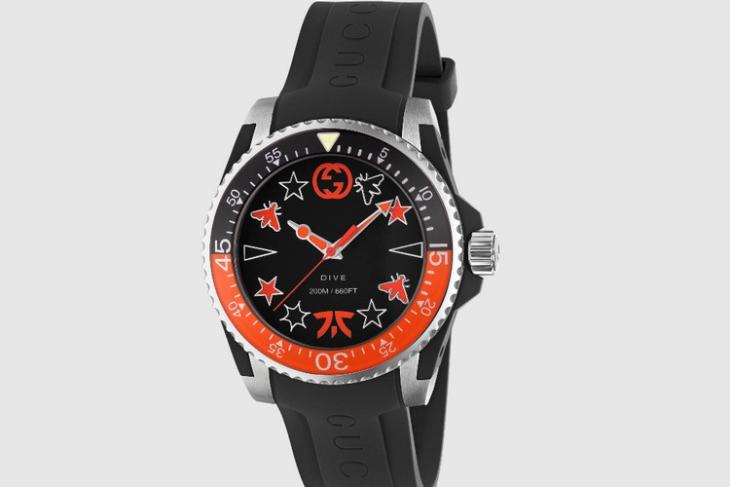 The luxury brand, Gucci is aiming to take on the esports scene with a new watch that the company made in collaboration with the esports giant, Fnatic. It is a limited edition watch that follows the signature black and orange color scheme that differentiates the sports team, Fnatic.

Now, for those who don’t know about Fnatic, it is a major name in the esports arena. The global organization was founded back in 2004 and since then it became a major player in the esports industry. The company has several teams that play different competitive multiplayer games like Apex Legends, CS: GO, Dota 2, League of Legends, and PUBG Mobile.

So, after watching competitor Louise Vuitton make a trophy-travel case for a League of Legends trophy last year, Gucci is now aiming to take a piece of the esports market. The company partnered with Fnatic to develop the “FNATIC x Gucci Limited Edition Gucci Dive Watch”.

Now, firstly, it is NOT a smartwatch. Rather it is an old-school quartz time-piece with a 40mm stainless steel dial and a black rubber strap. It can go up to 660 feet underwater and the “Super LumiNova” tech illuminates the markings of the watch in dark environments.

Coming to the time markings on the watch, it unsurprisingly does not feature regular numbers to show the time. Instead, the watch has several icons to show the time. There is the also Fnatic logo at the 6 o’clock mark and the proprietory “GG” logo of Gucci at the 12-hour mark.

Now, as this is Gucci we are talking about, the price of the watch is obviously in the high-tier category. Gucci says that they will make a hundred of these watches and it will be only sold online for a price of $1620 (~Rs 1,22,575).

So, if you are an esports fanatic or simply a watch enthusiast, you can pre-order this one from Gucci’s official website. It will reach your address in the coming month.