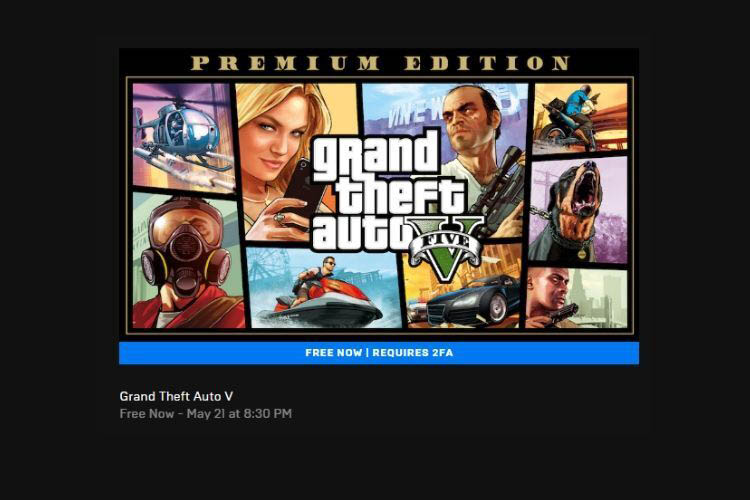 GTA VI might still be a long way away, but Rockstar has just made GTA V free-to-download on the Epic Games Store. Originally announced by the official Epic Games twitter account over the weekend via a now-deleted tweet, the free download went live at 8:30PM IST earlier tonight (11AM ET) and will be available until May 21st. Rockstar is offering the Premium Edition of the game, which includes access to the game itself, GTA Online and a whole host of additional content.

Do note that the download isn’t a demo or a free trial, given that everybody downloading the game over the next week will get to keep it for life. However, it’s worth mentioning that Rockstar is only waiving off the initial charge, so all the micro-transactions within the game will still have to be paid for. Either way, after May 21st, the game will return to its normal price point, so GTA fans will do well to download it now. It is the biggest title to be ever offered free by Epic Games and by Rockstar, so it will likely see a massive number of downloads from fans around the world.

Released in 2013, Grand Theft Auto V is one of the biggest titles in Rockstar’s history, receiving both critical acclaim and commercial success. It is available on a whole host of platforms, including PS3, PS4, Xbox One, Xbox 360 and Windows PCs. According to a recent report, the game has sold more than 120 million copies since its release, making it not only one of the most beloved games of its genre, but one of the most successful video games of all times.