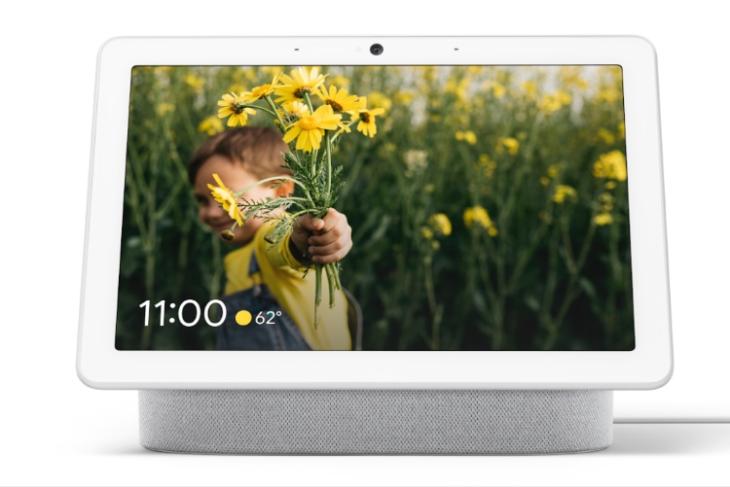 Google is taking the first step towards unifying its smart home division and it’s done so with the announcement of Google Nest, which will now be the new home Google Home speakers and smart displays. The company is finally embracing the Nest branding name and building a ‘one stop shop’ for its smart offerings.

To mark the birth of the Google Nest brand, the I/O 2019 conference saw the company announce the much-rumored Nest Hub Max. It’s essentially a bigger version of Google Home Hub (now rebranded to Nest Hub), which the company had debuted alongside its Pixel 3 lineup last year. Nest Hub Max, Google says is designed to be used in spaces you share with friends or family. It’s because a huge 10-inch HD screen has now been slapped to the Home Max smart speaker, giving you access to a premium stereo sound experience with the rear-facing woofer. There’s a toggle to switch off the camera and microphone at the back.

This smart display comes baked with a Nest Cam and you can use the same to keep a closer look at your home when you’re not using it. Otherwise, you’re going to use it for Google Duo video calls, which sounds unimpressive, but Nest Hub Max has a “Face Match” facial recognition feature onboard to recognize family members who’re using it. Face Match is now included in the Hub Max, alongside Voice Match. “For each person in your family who chooses to turn it on, the Assistant guides you through the process of creating a face model, which is encrypted and stored on the device,” stated the official press release.

Another interesting addition to the Nest Hub Max smart display is quick gestures. Google is now using on-device gesture recognition technology to help our turn down the volume or pause music by waving a hand in front of the same. The Nest Hub Max has been priced at $229 in the U.S and is said to be launching in the Indian market in the coming week, alongwith 11 other countries. Google has today also slashed the prices of its existing smart speakers, including the Google Home ($99) and Home Max ($299) in the States.