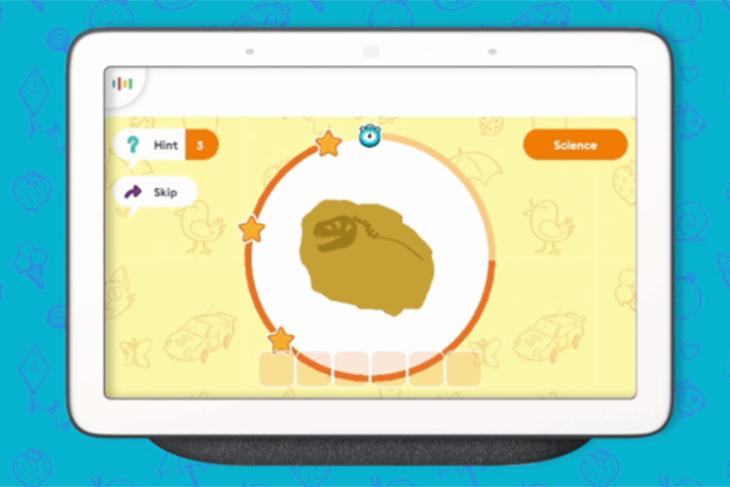 The Google Assistant is quite useful, but it’s also a fun assistant to have. I’m sure you already know that you can play games with the Google Assistant on your smartphone or smart speaker, and they can be quite fun. However, Google is now adding games to Smart Displays as well. This means you can now play games on your Nest Hub, or other smart displays such as ones from Lenovo.

These games are specially designed for smart displays, which means they are visual games unlike auditory ones from the Nest Mini, or Google Home speaker.

Games on Smart Displays include the likes of Guess the Drawing where you have to guess what’s being drawn on the screen as quickly as you can. There’s even a Party Mode where you can compete with other players in real time to see who can guess drawings the fastest.

Other than that, you can play Trivia games, including Jeopardy! hosted by Alex Trebek, and more. Plus, there are weekly leaderboards so you can see where you stand in comparison to other players.

There are also Mad Libs, ‘Categories Battle’, ‘Trivia Crack’, ‘Puzzle of the Day’, and ‘Talk to the Wiggles’. There’s also a cool ‘Escape the Room’ game which pretty much brings the fun of an escape room adventure to your house.

Google says that the company is working with game developers to bring even more interactive games to Google Assistant Smart Displays. Right now, you can just say “Hey Google, lets play a game” to get started with a game of your choice.