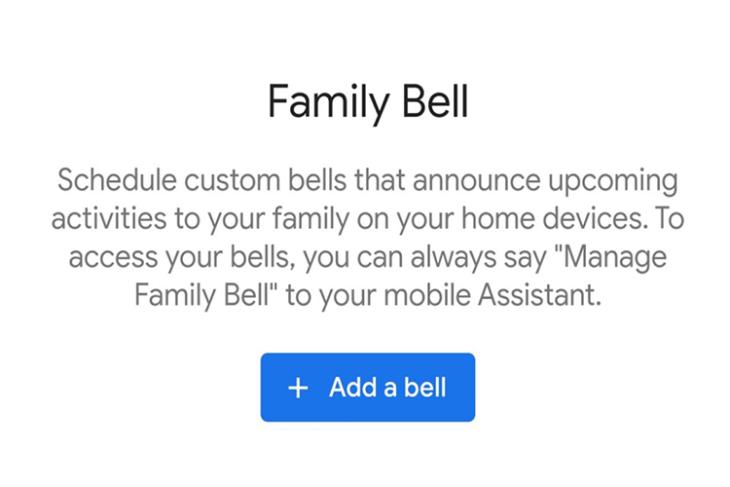 Google is working on bringing a new feature to its smart devices and displays. Soon the Google Assistant will be able to act pretty much like a virtual nanny, and remind you to follow daily routines for things like having breakfast, or taking a break among other use cases.

The new feature is not available as of now, at least widely. However, an Android Police reader shared screenshots of the feature showing up for them in the Google Home app. Called ‘Family Bell’, the feature reportedly shows up in the Assistant screen. Tapping on it brings you to a new screen where you can set up family bell for various purposes.

As evidenced in the screenshot, the company offers some preset bells for things like breakfast, lunch, nap, reading, among other things. Obviously, you can always set up your own bell with a custom announcement as well.

The feature will apparently push a notification to your phone, and play the preset or custom bell on your selected smart speaker or smart display, as you can see in the screenshots below.

Family Bell isn’t live for me right now, and it’s reportedly not live for anyone over at Android Police either. It seems Google is testing the feature with a very small group of users. It’s likely that Family Bell will take some time before rolling out widely, but we will let you know when that happens so you can start using the feature if you like. Meanwhile, you should check out Netflix on the Nest Hub as well. I mean, it might help with the waiting.