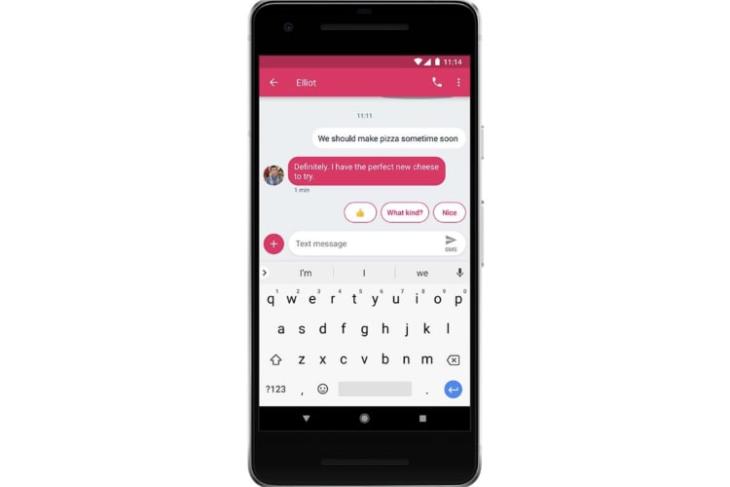 Google’s repeated attempts at a messaging product notwithstanding, Allo is actually quite a good application, even though it never really took off. In fact, Google Allo packs some really innovative features which are not found on many competing apps.

One of those innovative features is Allo’s Smart Reply feature, which is great for quick conversation replies without pulling out the keyboard. The feature allows the chat application to use artificial intelligence to suggest smart replies to the messages you receive. Although the suggestions are not always accurate, they work most of the time and come in really handy when you don’t have the time to type the reply yourself.

However, since Allo does not have a huge user-base, many Android users don’t get the chance to use this awesome feature. But that not might be the case anymore, as users will now be able to use smart reply feature on their regular Android Messages app. The integration of smart reply feature with regular Android messages has been confirmed by the Google’s Project Fi Twitter account.

Messaging on the go? Smart Reply for Android Messages lets you text with a tap, rolling out starting today on Project Fi. pic.twitter.com/FRYO4hu9Ah

As far as how the feature will work, it seems that it will work exactly like how it works in Allo or Gmail. Google will analyze the text of your messages and give you contextual answers. But for this feature to work, Google will probably need your messaging history and will analyze all your incoming texts.

Although Google says that it doesn’t actually read your messages, I can see how some people might consider it as a privacy breach. If you are one of those people, Google gives you a way to disable this feature by going into the settings menu of your messages app. Also, currently this feature is only available for Project Fi users and Google has not shown any intention of rolling out the smart reply feature to other users.