When Google introduced its own social platform, Google+, the comparisons and competition with Facebook was obvious. But little did we know that Google+ will become people’s favorite within an year of its launch. In fact its not been even an year when G+ opened its door to common sign-ups (not the invites). According to the American Customer Satisfaction Survey, Google Plus along with Wikipedia scored the highest marks (78 out of 100) while Facebook managed to get just above 60. A newer venture, Pinterest managed to score a decent 69 while Linkdin and Twitter were at 62 and 63 respectively.

This achievement of Google Plus is mainly because of three main factors:

Google has been constantly working on improving the user experience and as a result has introduced several cool features like updates in Gmail, circles and hangouts and all those sweet candies. This has not only made the user interface more streamlined, but also allows users to see what they wish to see and what they dont. Even the apps for Ipad and Iphone (which I do not think Apple likes) make the experience a treat. These apps highlight the top stories by making them appear bigger in size than others. Did I mention simple and elegant graphics Plus offers? Apart form these features of Plus, what made Google+ a winner in consumer satisfaction line was Facebook Timeline. The latest big update by Facebook in a way ruined the experience for a majority of users. In case Fb would given an option to users to revert back to the old Facebook, the social site would have surely managed better marks in the survey. Another factor that owes to falling Fb popularity in this line was introduction of more adverts. Although this is good for advertisers but not so good for regular users.

While Fb visitors have been falling, Google+ has been climbing when it comes to visitor stats. Although Plus visitors (32 million) are nothing as compared to Facebook (158 million) but Plus has already managed to pass another Social Platform, LinkedIn by 7 million visits. G+ is surely gaining more users steadily and if Facebook does not do improve its interface sooner, we will be forced to write a blog titled ‘Google Plus suppresses the Facebook fad‘.

Earlier this week, the personal data of over 533 million Facebook users leaked online. We now have yet another data leak involving over 500...
Subin B - Apr 9, 2021 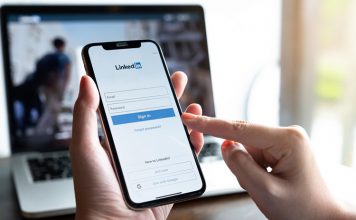 The LinkedIn app on iOS has apparently been copying the clipboard contents on iPhones and iPads without intimating the user. A spokesperson for the...
Kishalaya Kundu - Jul 4, 2020

When you're in diverse work environments, getting the pronunciation of your colleague or business partner's name right can get quite tricky. In some cases,...
Subin B - Jul 3, 2020

LinkedIn has started rolling out a new Polls feature that lets you gather valuable feedback from your network and 'LinkedIn Virtual Events' made possible...
Subin B - May 13, 2020