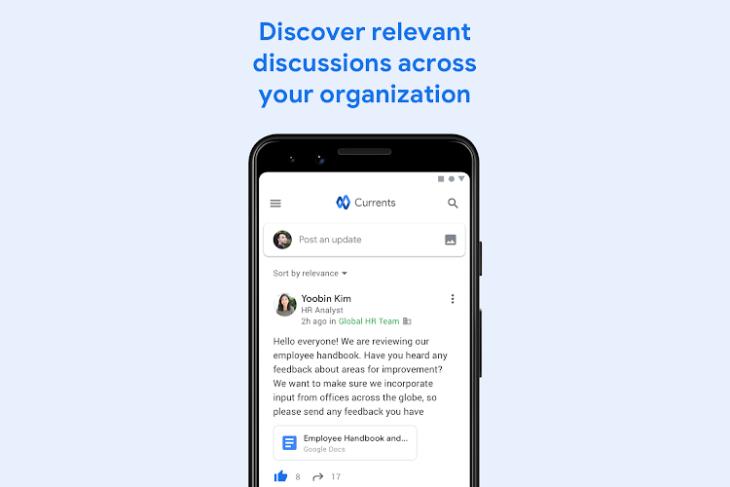 After shutting down Google+ for consumers, Google announced its plans to replace Google+ with Google Currents for enterprise users last month. The service is now out of beta and is available now.

To implement the transition, Google has rebranded Google+ app on Android and iOS to Google Currents. The apps have gained the new Google Currents logo and a slightly refreshed look.

In case you’re wondering, Google Currents is intended to be used only by enterprise customers. Hence, the company has added a few enterprise-friendly changes such as better content moderation.

Take a look at the official changelog below:

As The Verge points out, this is not the first time Google is using the name “Currents” for its app. There existed a magazine app with the same name until 2013. Google eventually transitioned that app to Google News.

It remains to be seen if Google’s efforts to resurrect its enterprise communications app would gain traction. From the looks of it, general customers whose phones shipped with Google+ as a system app are now complaining about the existence of a useless app on their phones.