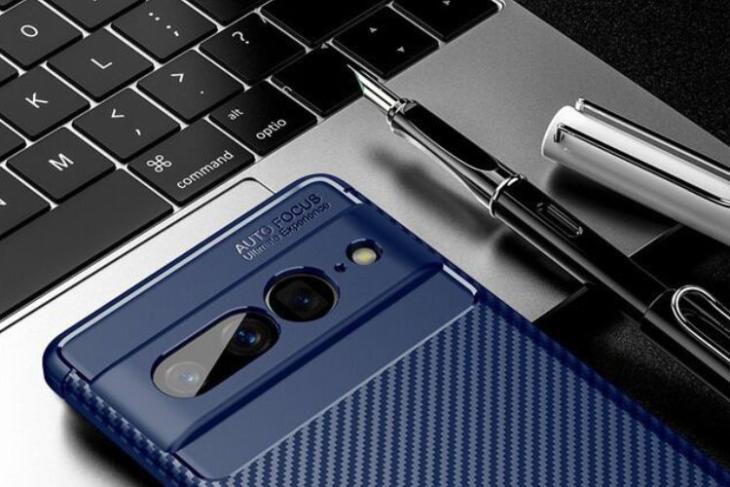 A recent report by TechGoing has thrown light on the possible case images of the Pixel 7 Pro. As per the images, the Pixel 7 Pro will take design cues from its predecessor and hence, will feature the camera visor on the rear panel along with a punch-hole screen at the front. The display is most likely curved.

The rear camera housings appear bigger, though. While the case fails to show the back panel, we can expect it has a dual-tone, much like the Pixel 6 series. As for the ports and buttons, the right side of the phone is seen sporting the power button and the volume keys, while the left side appears blank. The bottom part has a USB Type-C port and the speaker grille.

There are chances that the vanilla Pixel 7 will also come with the same design. Although, there could be slight differences between the two.

Coming to the specs part, not much is known as of now. However, rumors suggest that the Pixel 7 Pro could feature either a 6.7-inch or a 6.8-inch AMOLED curved display with support for a 120Hz refresh rate and possibly an in-display fingerprint scanner.

There could be three rear cameras, including the main snapper, an ultra-wide lens, and a portrait lens too. The phone (even the Pixel 7) is expected to be powered by the unannounced next-gen Tensor chip, which is something that was rumored previously too.

Other details are still behind the veil. As for the availability, Google could launch the Pixel 7 lineup in a few months, but are not sure of an exact timeline. We will keep you posted on these details once we have some. Until then, stay tuned to this space.