While Google’s hardware offerings back from the Nexus days may not have been as popular as smartphones from Apple or Samsung, the company has always had quite a few loyal customers who persisted with the brand. Now, according to reports from Reddit and Android Police, Google is rewarding some of those ‘loyal Nexus owners’ with a 20% discount on the purchase of a Pixel 2 device. 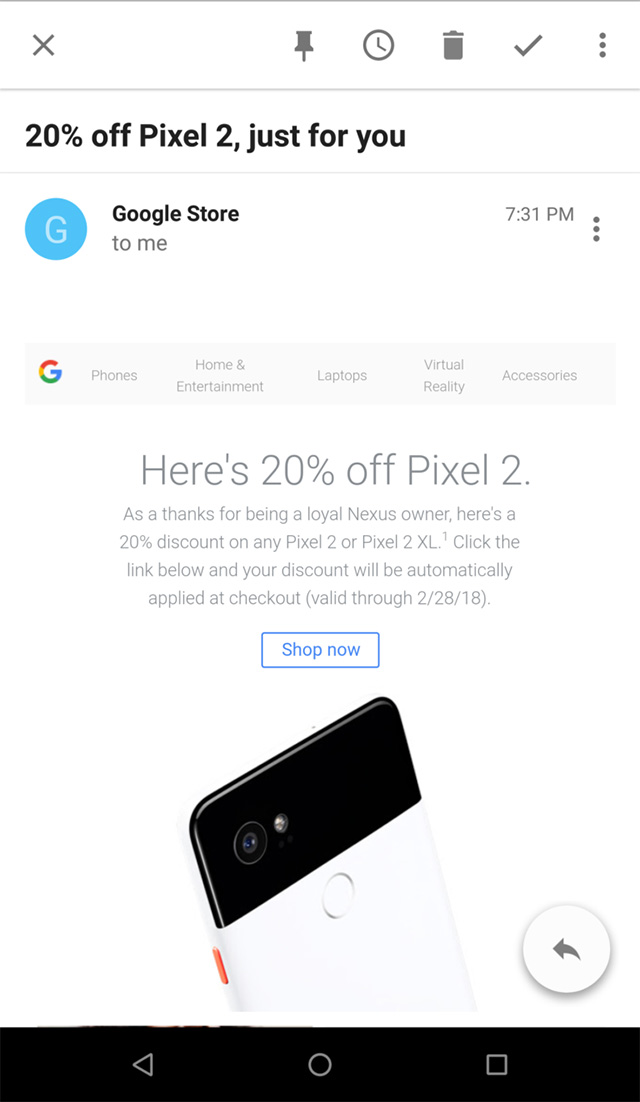 The company is sending out emails to handpicked customers with the subject line “20% off Pixel 2, just for you”. The email states that the offer is the company’s way of thanking the customer for being a Nexus owner. However, the company is only extending the offer to customers in the US.