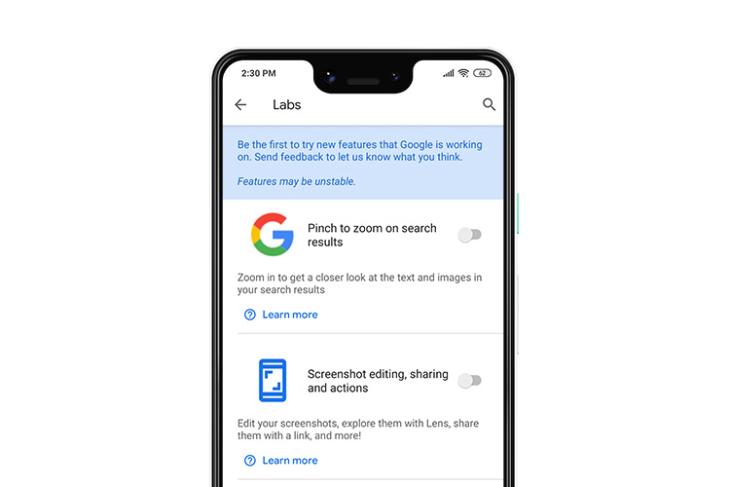 Google Labs, in case you don’t remember, was an initiative that allowed enthusiasts to try out experimental features within some of the company’s existing apps and services. While it was discontinued several years back, the company is now seemingly resurrecting the feature in its Google app, enabling users to try out experimental features like pinch-to-zoom on search results.

As pointed out by Android Police, Google has just started rolling out an all-new ‘Labs’ section in the latest update of the Google app. It’s already available on some of the devices we tested here at Beebom and, can be accessed via the ‘More’ tab (three dots) at the bottom of the app’s homepage. Do note that the features are switched off by default, so you’ll have to switch them on manually in case you want to try them out. 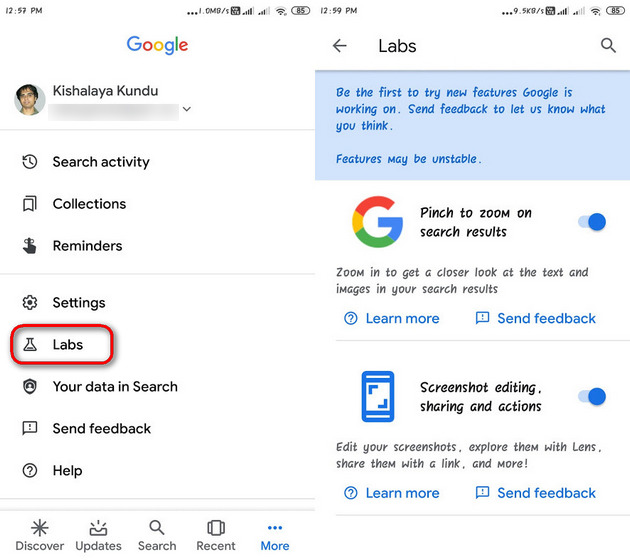 Interestingly, the screenshots also seem to show that alongside pinch-to-zoom, Google Labs is also bringing a new screenshot editing feature that the company says will allow users to “edit (their) screenshots, explore them with Lens, share them with a link and more”. The new features are apparently being rolled out for users worldwide, so they should soon be available for all Android smartphones irrespective of their make and model.

9to5Google is believed to have first reported on the possible resurrection of Google Labs as far back as in February 2019, when an APK teardown of the beta version of Google App v9.21 revealed that the company is prepping to bring back the once-deprecated functionality. Either way, Labs is being rolled out via a server-side update and should soon be available on your device if it isn’t already.