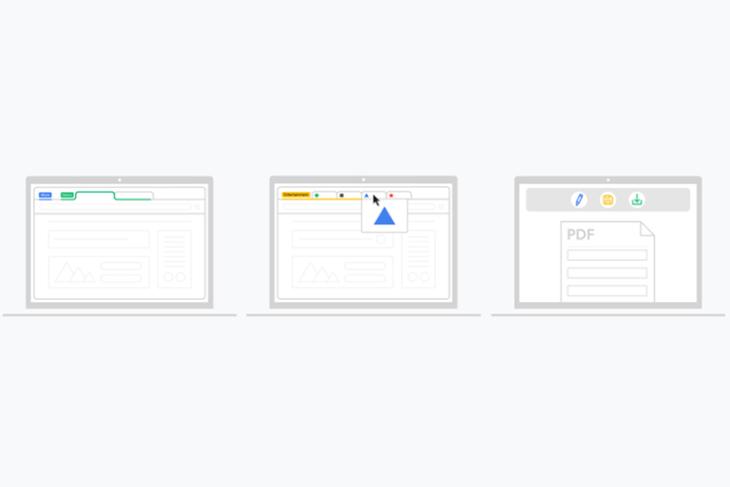 Google is making Chrome faster, and more resource friendly soon. The company has announced in a new blog post that Chrome tabs will now open up 10% faster. This is a result of a couple of under the hood improvements being made to the browser. For one, Chrome 85 brings Profile Guided Optimization to Mac and Windows using Clang. According to Google’s testing, this results in 10% faster page loads. Moreover, the company is adding ‘tab throttling’ in beta. This takes resources from idle tabs and gives them to tabs in the foreground to make them more responsive, and load faster. You can read about these improvements in detail here.

Chrome is also making improvements to Tab Groups. You can now collapse and expand tab groups in the browser. This will make it easier to focus on the tabs you need to see without wasting too much space on other tabs.

Also being added to Chrome is a new tab layout for tablet mode. This feature is rolling out to Chromebooks first, and will display a scrollable carousel of tabs when using a laptop in tablet mode. Google is hoping this new layout will make it easier for users to access their tabs on their 2-in-1 laptops.

In Beta, Google is also adding a new Tab Preview feature. As you probably guessed, this feature will show a preview of the tab when you hover your cursor on it. This should make it easier to find out which tab you need to go to when there are multiple tabs from the same website open.

Lastly, Google is also making Chrome’s PDF editor better. You can now fill out and save PDFs directly within the browser. If you open the PDF file again, you will also be able to pick up right where you left off.

These new features are coming out soon, and some of them will be available once you update Chrome to version 85.