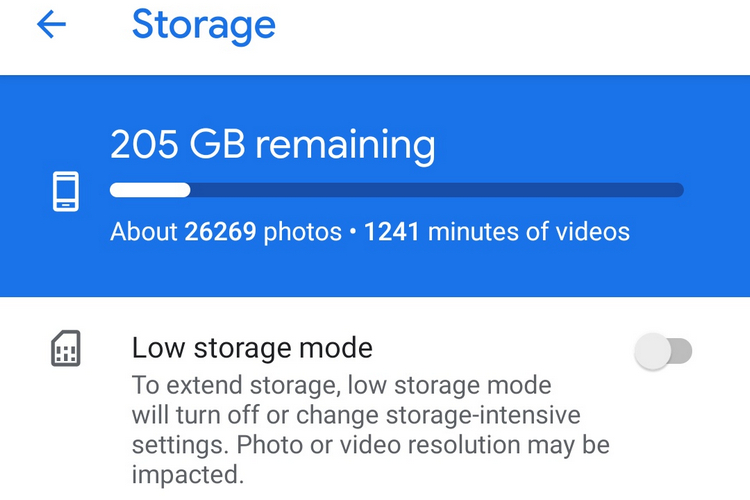 Rolled out to the Pixel 5 and Pixel 4a earlier this month, Google Camera 8.1 has apparently added a ‘Storage Saver’ mode under the all-new ‘Storage’ section that was originally supposed to have been rolled out with GCam 8.0, but remained conspicuous by its absence. The Storage Saver option was originally supposed to debut as ‘Low Storage Mode’ in GCam 8.0, but is now finally available in version 8.1, albeit, with a changed name.

According to XDA’s Mishaal Rahman and Android Police’s Artem Russakovskii, the feature is available in Google Camera 8.1 on at least the Pixel 5 and Pixel 4XL. Some social media users are claiming that it is also available on the Pixel 2XL, but we cannot confirm that independently at this point.

A Google support page mentions that the Google Camera app on the Pixel 5 and Pixel 4a 5G has a "storage" section and a "low storage mode" option. I've checked with 2 Pixel 5 owners who say it's not there, though.https://t.co/iD40YoCS4w

According to Google, the Storage Saver mode reduces the size of photo and video files to enable users store more media on their devices. Turning it on, however, “may reduce image or video quality”, the company warned on its support pages. Interestingly, the company claims that the feature is available exclusively on the Pixel 5 and Pixel 4a 5G, although that doesn’t seem to be the case if Russakovskii’s post is anything to go by.

I have it too. Sideloaded 8.1 Google Camera, otherwise stock Pixel 4 XL and Pixel 5. pic.twitter.com/wliDPhHBe8

Either way, now that it is seemingly available on a whole host of Pixel handsets, it will be interesting to see if the company will update its website or withdraw support from older devices just to match what seems to be an out-of-date support page. In case you own a Pixel device, you can download GCam 8.1 from APKMirror and see if the new feature works on your your model.