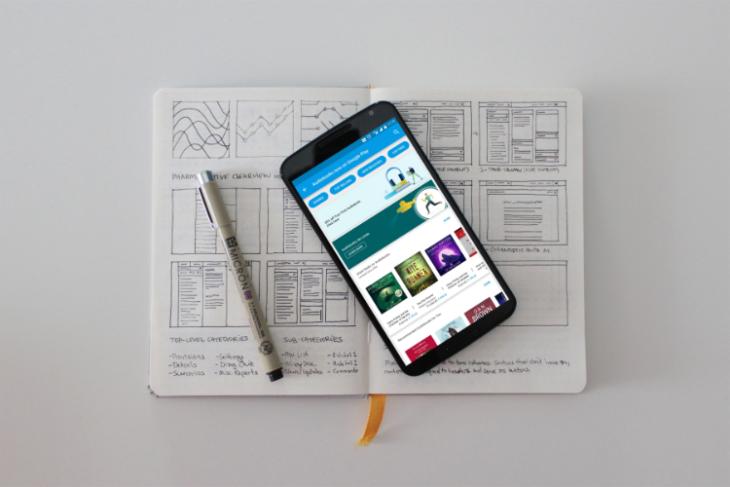 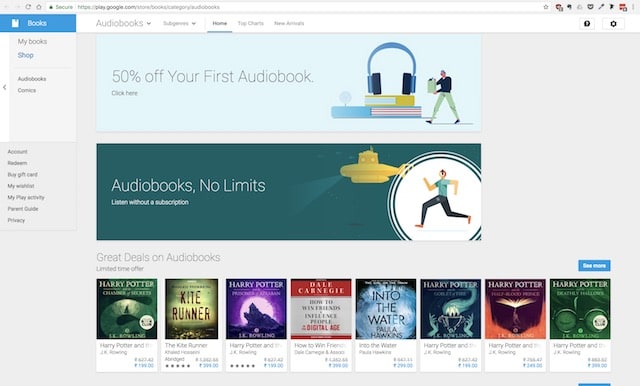 Google is also offering a lot of discounts to mark the launch of audiobooks. Not only all the audiobooks are already under heavy discounts, users will also get a 50% discount on the purchase of their first audiobook. Also, Google being Google, the company is also offering a ton of other cool features like Google Assistant integration, the ability to play audiobooks on Google smart speakers, and more:

Here, Google is offering the same subscription-less audiobooks listening experience as Apple does on iTunes. Users don’t have to join any subscription account and they can just buy the books that they want. Google is also giving users to get the free preview of the book so that they can easily decide if they like the book or not before buying it. Users can also use the family library feature to share the books for free with their family members.

Google has also integrated the audiobooks with its Google Assistant. So you can give commands like, “Ok Google, play my favorite book” and it will start playing. You can also ask Google Assistant to remind you of book’s details, like its author, publishing date, and more. Lastly, you can also set a play timer. Just say, “Hey Google, stop playing in 20 minutes” and it will stop playing the audiobook after 20 minutes.

As you can see, Google might be late to the audiobooks game but it has launched itself on the scene with a bang. There are a ton of features that I love and it’s definitely worth giving it a try. Now, I am going to buy the Norse Mythology by Neil Gaiman. Do share with us which book is on your Radar.

Storytel Lets You Experience Classic Novels Like Never Before

Google Is Offering A Complimentary Audiobook to Google Home Owners