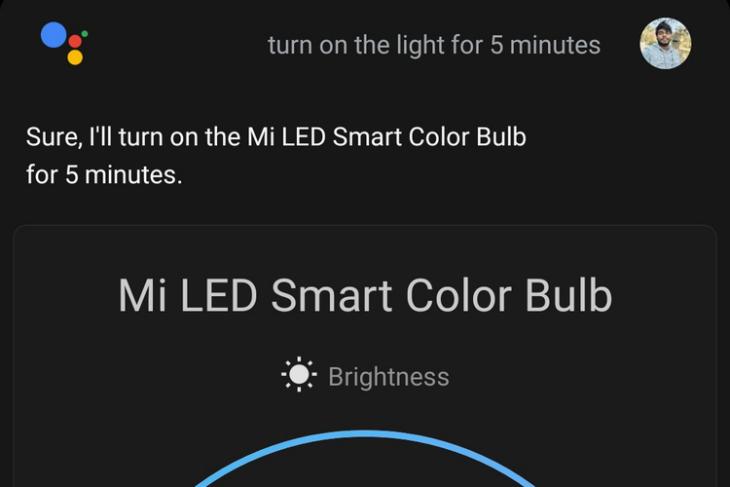 After announcing earlier this year at CES 2020, Google Assistant is now getting the ability to schedule smart home actions. With this feature addition, you can easily issue voice commands to perform various tasks based on a predetermined schedule.

You can also say something like “Hey Google, turn on the lights for five minutes”. This way, you don’t have to worry about switching the lights off, and undoubtedly, it is my favorite command of the bunch. This will certainly come in handy if you have the habit of plugging in your phone charger after an unhealthy session of doomscrolling before hitting the bed.

Although the feature has been in the works for quite some time now, the implementation is not perfect and there are two major caveats that Google should fix in the future. First up, Google says it will return an error when users don’t specify the exact time, but that doesn’t seem to be the case for now. For example, I used the command “Hey Google, turn on the light tomorrow” to test it out and it accepted the command without any hesitation. Chances are, it is going to switch on the light at 12 AM tonight.

Another drawback in the implementation is the inability to cancel a scheduled action. In its documentation, Google says you can say “Hey Google, cancel my scheduled Actions” or “Hey Google, remove my <device>s’ schedule” to cancel pending actions. When I tested the first command, it said “I’m still not getting it, so let’s stop for now”, which sounds a bit passive-aggressive if I’m being honest. We could expect Google to fix these two inconveniences sooner or later.