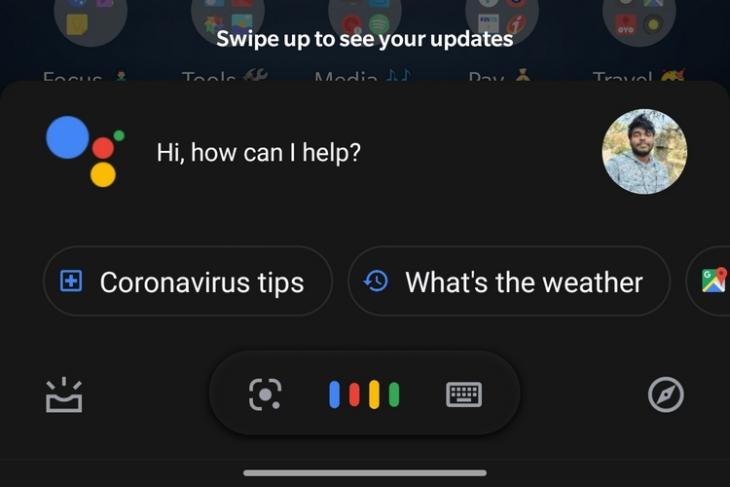 Google has started rolling out a compact Google Assistant redesign to Google app beta users. The revamp brings a better layout along with subtle performance improvements.

As reported by 9to5Google, the redesign is live on Google app beta version 11.15.12 or later. I can see it on my OnePlus 7T running Google app beta version 11.15.14.21. In the new design, the size of Google Assistant pop-up before expanding is relatively smaller than what you currently get. However, the company has increased the size of the Google Assistant icon on the left and shows your profile picture on the right.

The size of the Assistant panel differs based on your command. For instance, if you ask a simple query such as the current time, it will show results in a compact form without covering the whole screen. This behavior makes Google Assistant feel more intuitive and responsive.

As is the case with Google’s most server-side updates, you may not be seeing the new layout immediately even if you’re in Google app beta. That said, the company will hopefully roll out the change to all users in the following weeks. We will be updating you when that happens and hence, stay tuned for updates.

Note: You can head to the app info page for the Google app and force stop the app as a workaround to get the new interface. We cannot guarantee you will get the new UI using this trick but there’s a possibility.

Google has been testing this new interface for quite some time now. Early signs of the new UI popped up back in July last year. It is good to see the company finally take some steps to deliver a simplified Assistant experience to the masses.