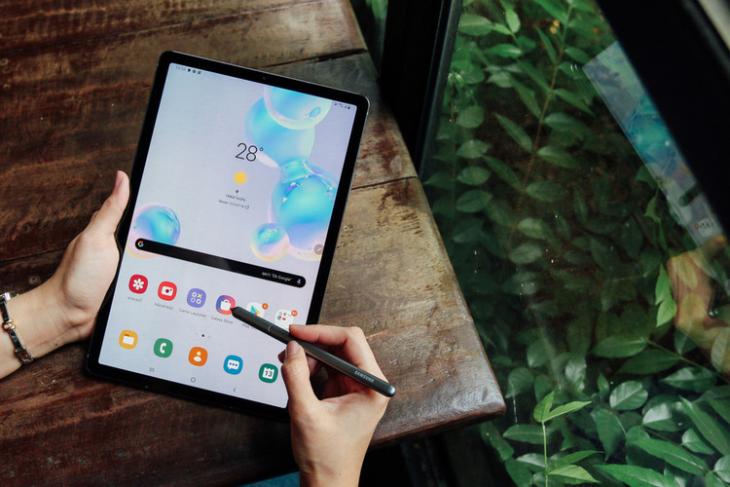 Samsung’s Galaxy Tab S7+ has just received certification from the Bluetooth SIG, hinting at its imminent launch. As usual, the listing on the Bluetooth SIG site didn’t reveal a whole lot about the device apart from the fact that it will support Bluetooth 5.0. It did, however, reveal that at least one of the variants of the device has the model number SM-T976B. Earlier reports suggested that it might be the 5G variant, but that’s yet to be confirmed by Samsung. 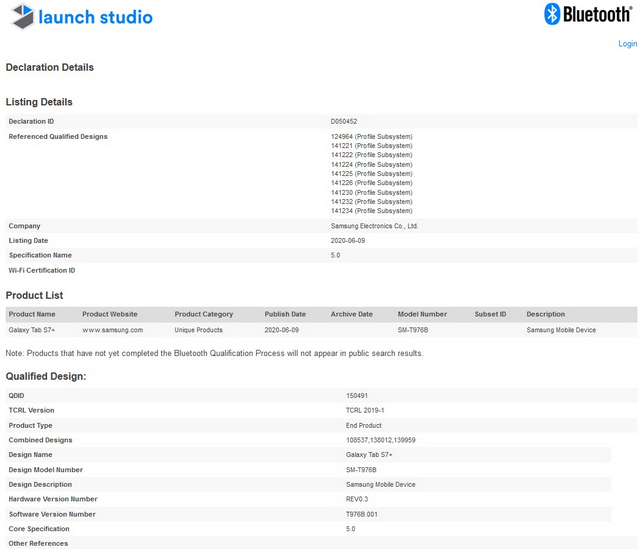 According to SamMobile, the Galaxy Tab S7+ will feature a 12.4-inch Super AMOLED screen with QHD resolution and HDR10+ support. It will reportedly pack an impressive-sounding 10,090mAh battery with 25W fast-charging. The device is said to run Android 10 with OneUI 2.0. It will reportedly be offered in three options based on connectivity – WiFi-only, 4G and 5G. There’s no word, however, on how the hardware will differ in these three models.

Meanwhile, some of the other notable hardware features in the upcoming tablet will apparently include AKG-tuned stereo speakers and an S Pen. Connectivity options are said to include a microSD card slot, Wi-Fi 6 and a USB Type-C port. There will also apparently be a fingerprint scanner. The Galaxy Tab S7 series is expected to be available in grey, blue and brown colors.

The Galaxy Tab S7+ might be announced alongside the Galaxy Note 20 and the Galaxy Fold 2 on August 5. However, there’s no guarantee about that just yet. Either way, there’s no further word on the Tab S7+, but we do hope to get more info in the days ahead.