There’s no denying that Samsung makes some of the best flagship smartphones out there, and lately, the company has been launching some pretty impressive budget offerings as well, like the Galaxy A50. However, there’s one big issue with Samsung phones that can be a huge annoyance to users; the phones save screenshots inside the DCIM folder, which, technically is reserved only for photos taken from the camera. So, if you’re using Google Photos to back up your camera roll, you’ll see your screenshots get backed up there as well, and that can be really annoying. Fortunately, we have a solution. We created a Tasker script that automatically moves your screenshots out from the default folder and into any other folder that you can specify. Interested? Here’s how you can do this:

Save Screenshots Outside Camera Roll

Tasker is a pretty powerful app, even for non-rooted phones, and I’ve used it a fair bit. However, I’ll be detailing the entire process step-by-step, so even if you’ve never used Tasker before, you’ll be able to get this up and running in no time. 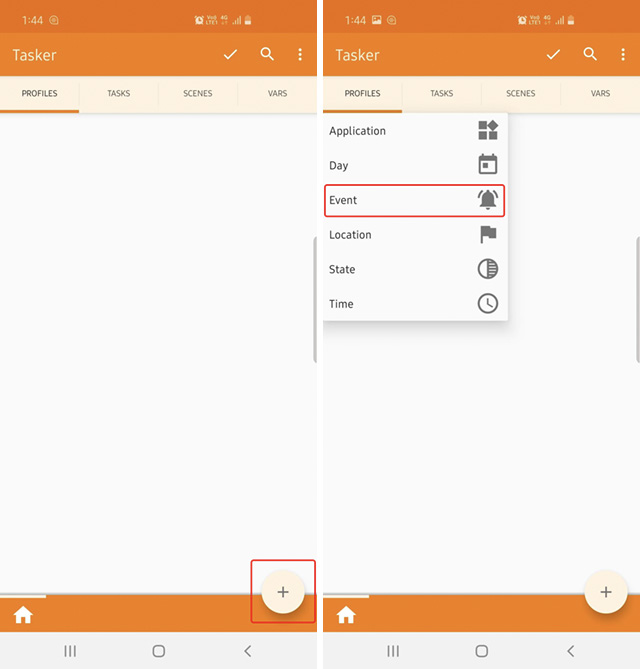 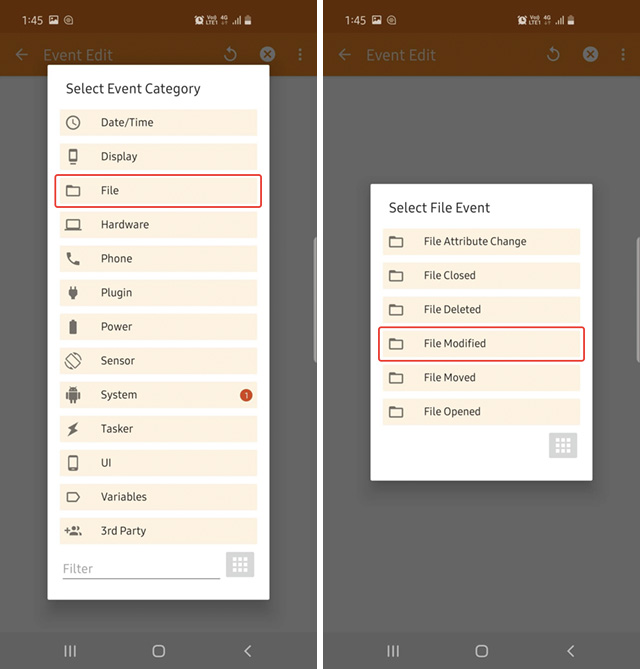 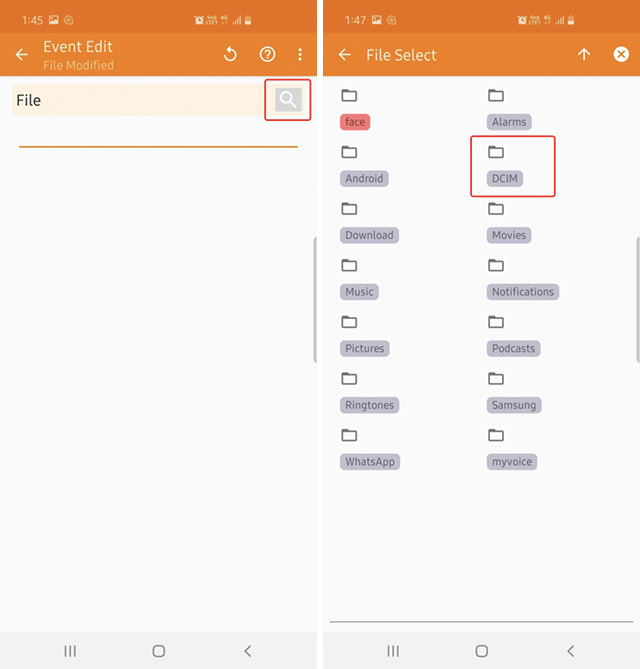 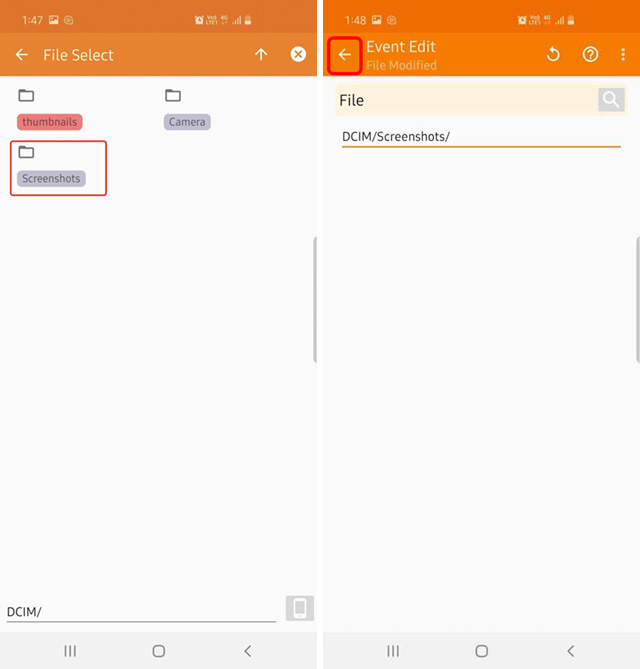 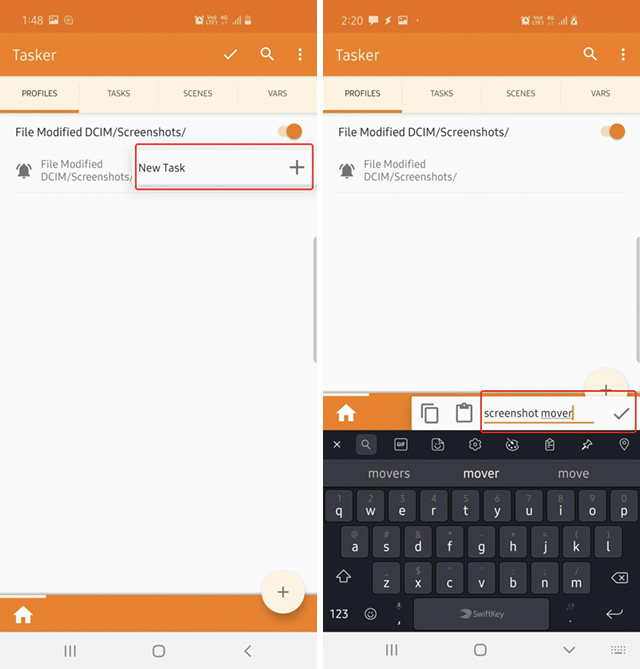 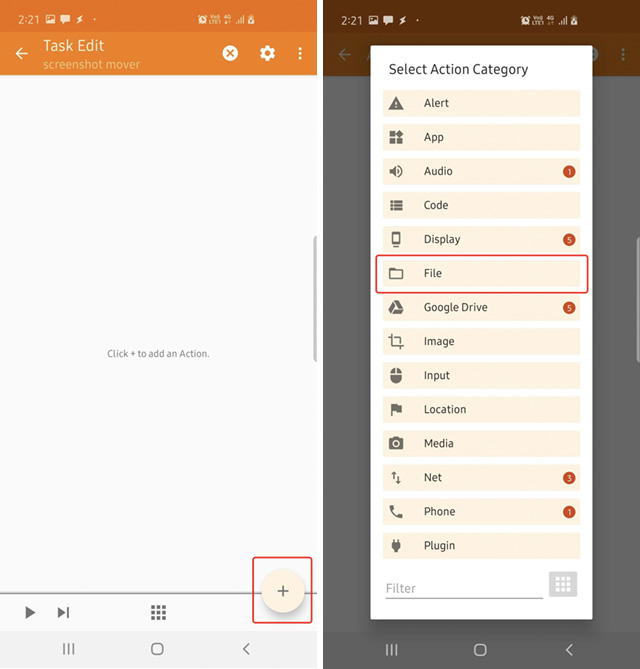 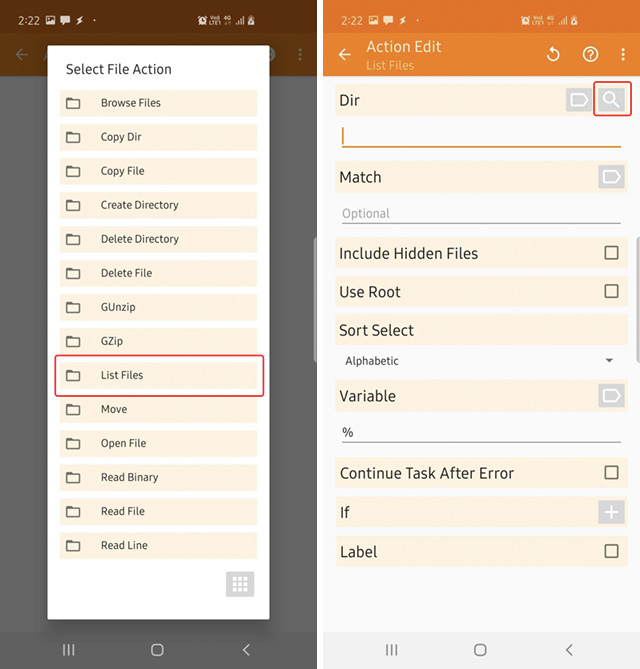 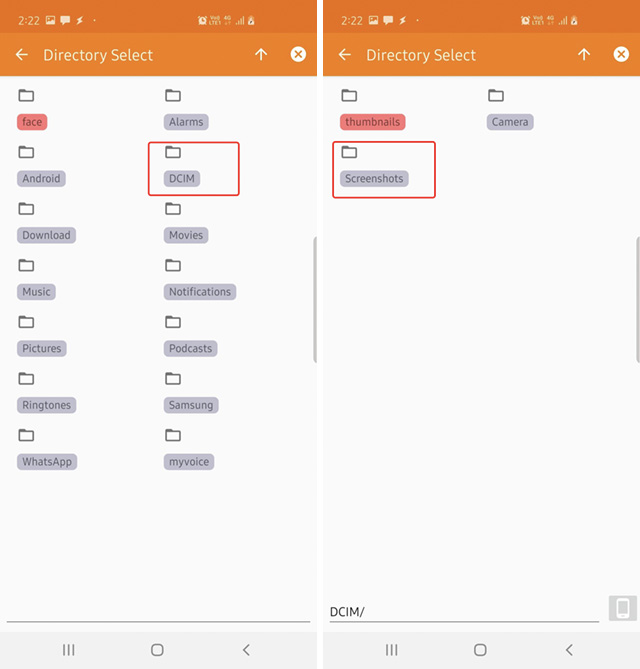 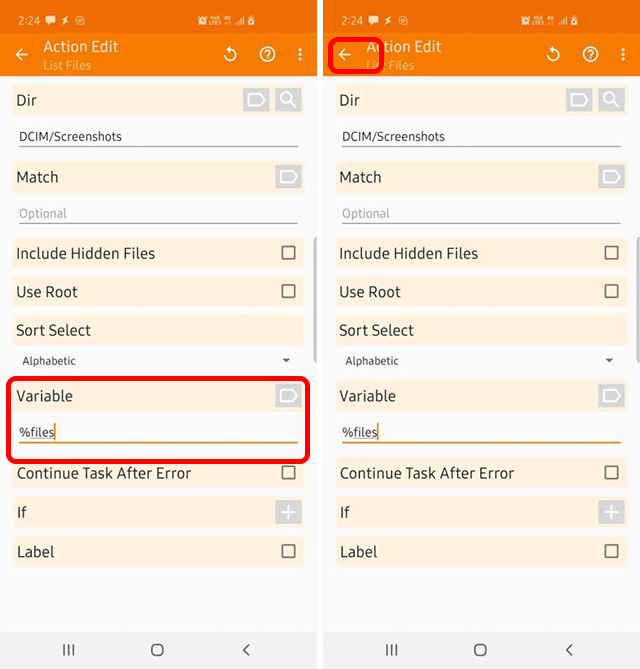 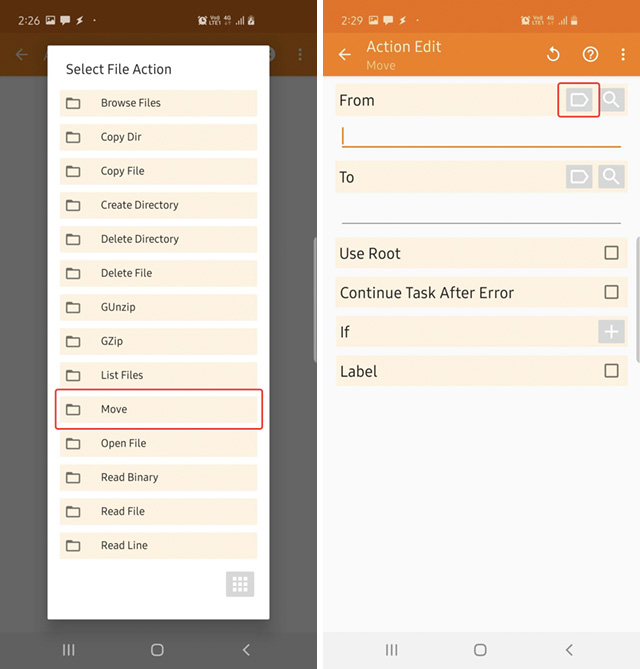 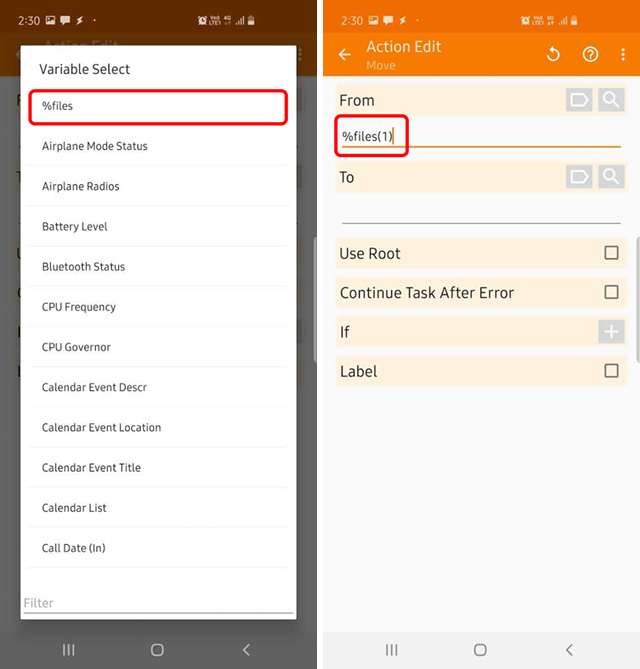 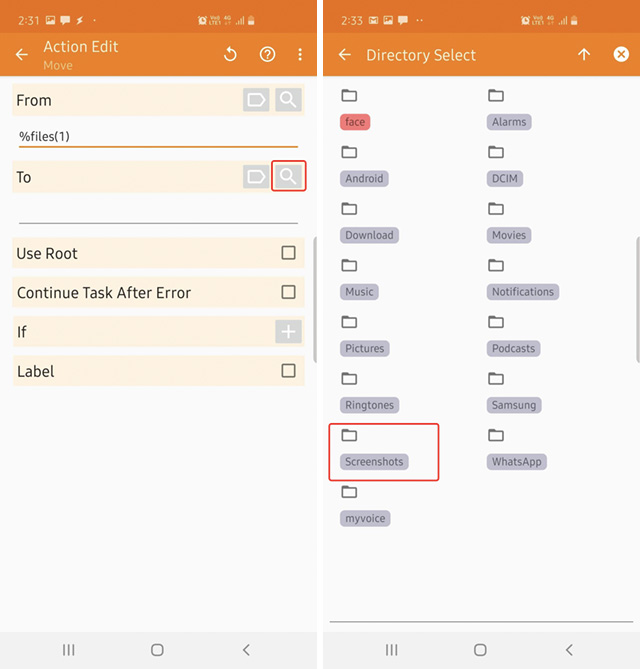 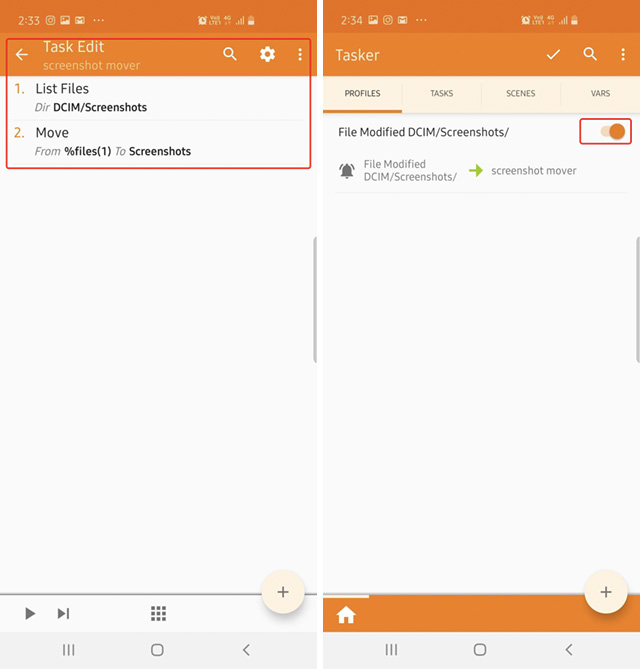 That’s it, Tasker will now automatically move all your screenshots to the new ‘Screenshots’ folder that you created (including any older screenshots you might have taken on your phone). It might show up an error notification when you take a screenshot, but don’t worry, your screenshots are being saved in the new folder.

Note: If you use Samsung’s ‘Smart Screenshot’ feature, you won’t be able to use it anymore since the screenshot won’t be saved in the default folder. However, if you need to use it, you can always disable the Tasker task, and proceed with your screenshots.

Other Apps You Can Try

If Tasker isn’t something you’re comfortable with, you can try out an app called PinSync ($0.99) which claims to stop screenshots from syncing to the cloud. I’ve not tried the app myself, since I’m not entirely comfortable installing another app and giving it access to my internal storage. Tasker is definitely more trustworthy.

There’s also Automate (Free) which looks similar to Tasker, but is probably easier to use. Some people have also mentioned that adding a “.nomedia” file to the screenshots folder should solve the problem, but then, your screenshots won’t show up in your local gallery either.

While testing phones for this article, I found out that the Poco F1 and other MIUI phones also save screenshots inside the DCIM folder. Since we’re using Tasker to solve this, it should work on any phone. Feel free to try this out on your phone and let me know how it worked out.

Save Your Screenshots Outside the Camera Roll

Well, that’s pretty much it when it comes to ensuring that your screenshots don’t clutter up your Google Photos backups. I’ve tested this task on my personal Galaxy S10 and the Galaxy S10+ we have here at work, and it’s working perfectly fine, so I’m positive it’ll work on your phone as well.

If you do run into any problems with this, feel free to comment down below and we’ll try to help you out for sure.