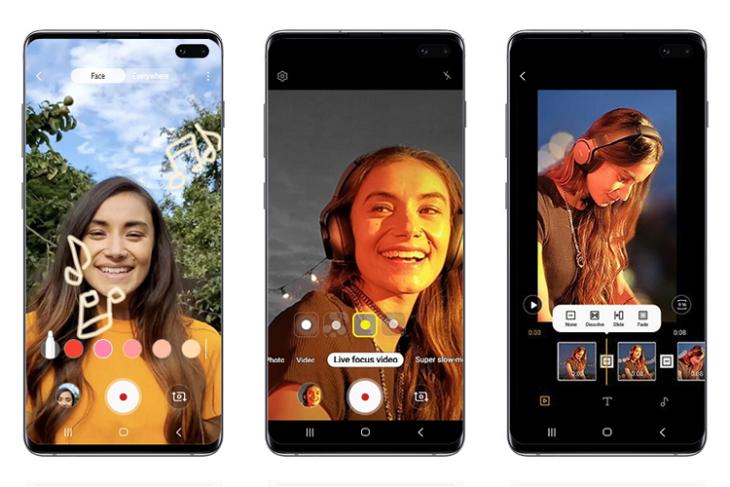 Samsung has started rolling out a new update that aims to bring the latest camera features introduced along with the Samsung Galaxy Note 10 and DeX PC support to the Galaxy S10 series.

As far as the camera features are concerned, all the Samsung Galaxy S10, S10 Plus, and S10E are gaining support for Live Focus Video, AR Doodle, Night Mode for the front camera, and Super Steady mode. It is worth noting that Live Focus Video was one of the most hyped features of the Galaxy Note 10.

The PC-centric feature upgrades Samsung has brought with this new update are DeX for PC, Link to Windows, and Dynamic Lock Screen. S10 users can now download the app from here for Windows or macOS and seamlessly connect their device with the help of a USB cable.

Link to Windows is a feature that allows users to wirelessly connect their phone to PC, which is quite similar to Microsoft’s own Your Phone app. Dynamic Lock Screen, as the name hints, changes the lock screen wallpaper automatically.

Apart from these, the update comes with the latest September 2019 security patches and the usual bug fixes and performance improvements. Minor changes have been done in apps like Samsung Pass and the Messages app as well to make the user experience better.

If you haven’t received the latest update already, do not worry. The South Korean giant is rolling out the software update in phases and it might take a while until it reaches your region. So, did you get the latest update on your Samsung Galaxy S10 series phone? Let us know in the comments.